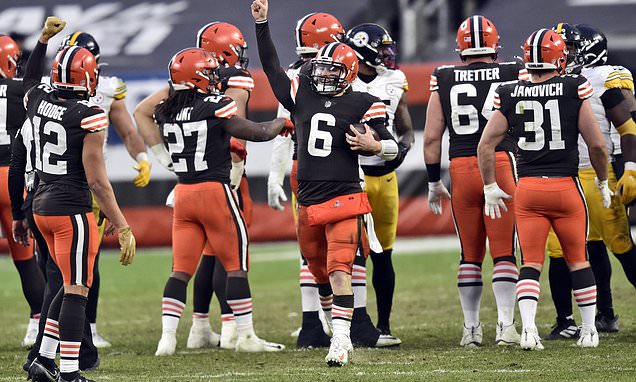 The Cleveland Browns ended the NFL’s longest play-off drought after a nervy 24-22 win over the Pittsburgh Steelers.

Needing victory to progress into the postseason for the first time since 2003, the win caps a superb first campaign for Browns head coach Kevin Stefanski. 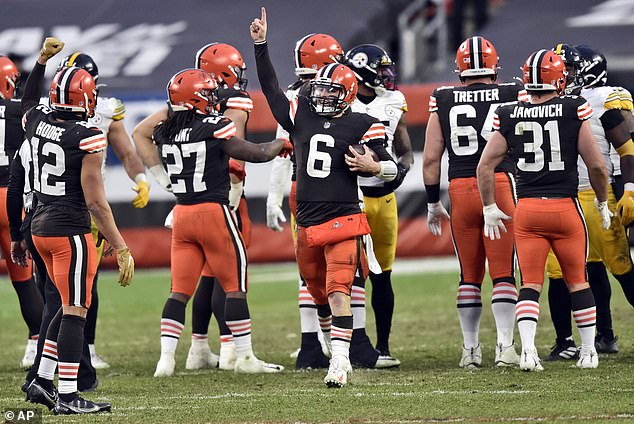 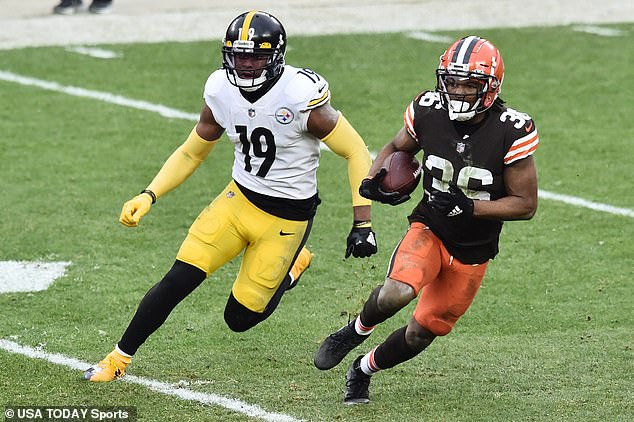 In a nervy clash, Pittsburgh Steelers pushed the Browns at the end despite resting starters

The Steelers failed to make the two-point conversion and there were wild scenes in front of the 12,000 fans after the Browns recovered the subsequent onside kick.

With the AFC North title already wrapped up, Pittsburgh (12-4) rested their starters, among them two-time Super Bowl-winning quarterback Ben Roethlisberger.

With Scottish punter Jamie Gillan in their ranks, the next hurdle for the Browns to overcome is a play-off victory, last achieved in the 1994 season. They travel to face Pittsburgh next weekend.

‘We achieved what we set out to do today, but there’s work left to be done,’ first-year coach Stefanski said. 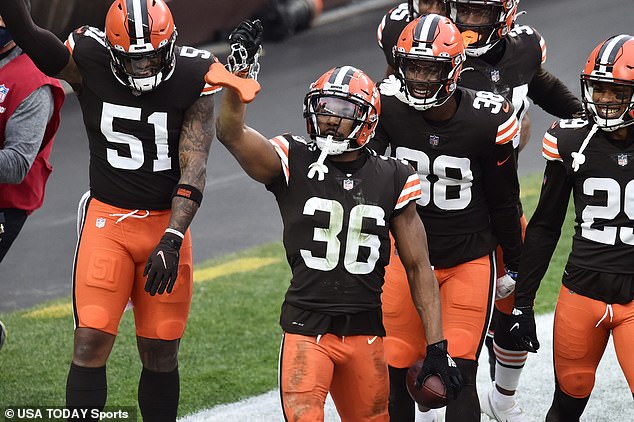 ‘I know we’re going to be playing this team next week. We’re going to have to have a great week to be ready to play.’

Elsewhere, the Baltimore Ravens (11-5) became the third team from the AFC North to clinch a play-off place after a one-sided 38-3 victory over the Cincinnati Bengals, their fifth straight win.

But the Miami Dolphins’ (10-6) future is out of their hands. Needing a win to wrap up a play-off place, they stumbled against the AFC’s No 2 seed Buffalo Bills. Buffalo were irresistible, and won 56-26, despite playing back-ups for the second half.

Miami (10-6) need the Indianapolis Colts to lose against the Jacksonville Jaguars to progress.

In the NFC, the Tampa Bay Buccaneers (11-5) ended the regular season with a fourth consecutive win — a 44-27 routing of the Atlanta Falcons.