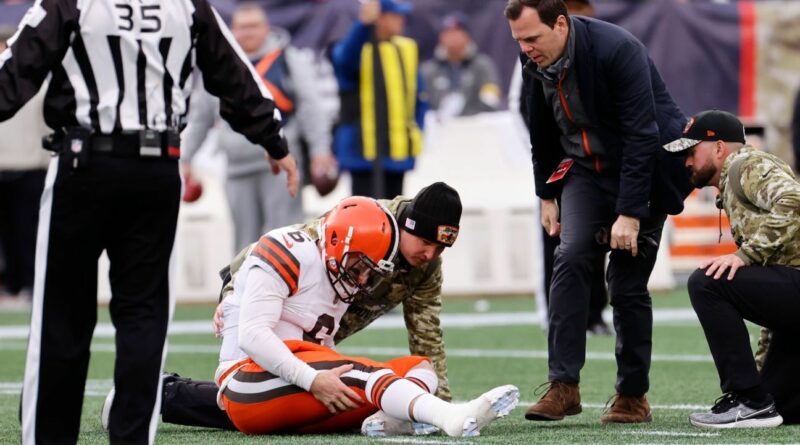 BEREA, Ohio — Cleveland Browns quarterback Baker Mayfield on Wednesday said this is “probably the most beat up” he’s been in his NFL career, but he’s still planning to play against the Detroit Lions on Sunday.

“And it’s not like it’s one particular thing; it’s multiple [injuries],” Mayfield said. “It’s just that time of the year, and things add up. Couple things after the other. So it is what it is.”

Mayfield is battling left foot soreness as well as a right knee contusion that knocked him out in the third quarter of Sunday’s game against the New England Patriots. The Browns trailed 31-7 when Mayfield left, and backup Case Keenum finished the game.

Coach Kevin Stefanski said Mayfield could’ve returned in the fourth quarter had the game’s outcome been in doubt.

X-rays taken immediately after the game revealed no structural damage, but Mayfield said the hit caught a nerve that caused his knee to temporarily go numb.

“The outside of my knee is sore and tender, but that numbness where you can’t feel your leg is pretty scary,” Mayfield said. “Haven’t had that before, but another new thing for me.”

Mayfield suffered a torn labrum on his non-throwing shoulder in Week 2, and that injury was exacerbated by a hit he took from J.J. Watt during a loss to the Arizona Cardinals on Oct. 17, resulting in a tuberosity fracture.

Mayfield sat out against the Denver Broncos on Oct. 21, but he returned the following week.

ESPN’s Football Power Index gives the Browns (5-5) only a 36% chance to make the playoffs. Mayfield currently ranks 25th in the league with a 42.9 QBR.

“I have to adapt; nobody is going to feel bad for you,” Mayfield said of the injuries. “It’s not an excuse. You just have to find a way to make a play.” 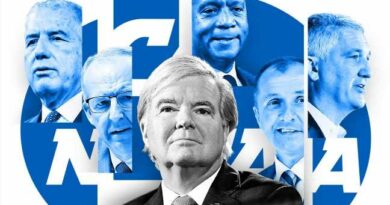 Can the NCAA puzzle be solved amid a culture of mistrust?