The Cleveland Browns have shaken up their coaching staff after a disappointing campaign.

Woods joined Cleveland when coach Kevin Stefanski took over in 2020. The Browns’ defense has been up and down in Woods’ three seasons.

The end of 2021 was an upswing, as Woods’ unit showed promise late in the campaign. But 2022 started as a disaster, including several back-breaking busted coverages leading to collapses.

Cleveland’s defense struggled to find consistency all season, missing tackles, giving up massive running lanes and allowing receivers to skip wide-open. Sunday’s 28-14 loss to Pittsburgh, which included a George Pickens touchdown with no one in his area code, was the rotten cherry on the melting ice cream that was the Browns defense.

Woods was at the center of Jadeveon Clowney’s late-season rebellion that led to the edge rusher being sent home from practice and inactive for what could be his final game in Cleveland.

Stefanski brushed aside questions about Woods’ future all season but could no longer ignore the issue heading into the offseason. The Browns finished the 2022 season ranked 19th in points allowed, 12th in yards, 25th in rush yards, and seventh in passing yards allowed.

As they look for a new defensive coordinator, the Browns will need to spend the offseason upgrading every level of the defense. Defensive tackle is a massive hole. They need another edge rusher, linebackers who can tackle, and help in the secondary.

We re-drafted the NFL from scratch: Mahomes in Cincy, Rodgers in Vegas, more 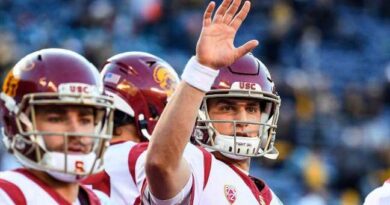