Josh Rosen has a new home — at least for training camp.

Cleveland still doesn’t know if or how long Deshaun Watson might be suspended this season, and is adding Rosen as insurance for its quarterback room ahead of the start of camp. Watson, who has been accused by multiple women of sexual assault and misconduct during massage therapy sessions, faces possible discipline from the NFL following its independent investigation into whether he violated the league’s personal-conduct policy and a subsequent disciplinary hearing.

Rosen’s signing, at minimum, fills the Browns’ need for a camp arm. That’s one end of the spectrum when judging Cleveland’s rationale in this addition. The other end of such a spectrum is the Browns bringing Rosen in to compete for the backup job behind Jacoby Brissett, who is next in line behind Watson to start at quarterback for the Browns in 2022.

If Watson receives a suspension that is longer than half of the season, Brissett would theoretically end up starting under center for the majority of the campaign. And during such a suspension, Cleveland would need two more quarterbacks behind Brissett, with one being Rosen and the other being offseason signing Joshua Dobbs.

Rosen’s addition gives him a chance to compete with Dobbs for this role while also receiving a full training camp to learn Cleveland’s offense.

The former No. 10 overall pick of the 2018 draft arrives just weeks after the No. 1 pick from that same class, Baker Mayfield, departed Cleveland via a trade to Carolina. Rosen has bounced around the league for much of the last four years, starting with Arizona before the Cardinals cast him aside in favor of Kyler Murray. He landed in Miami, then moved to San Francisco before signing with Atlanta to replace A.J. McCarron, who had suffered a season-ending knee injury during the 2021 preseason.

McCarron and Rosen both worked out for Cleveland on Thursday. Evidently, the Browns preferred Rosen, the past UCLA star who has a fresh chance to prove he’s worth a roster spot in the NFL. How long he might occupy such a spot remains to be seen. 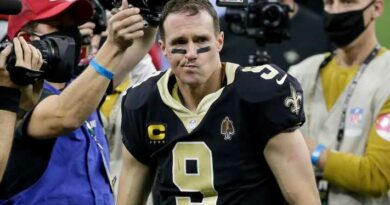