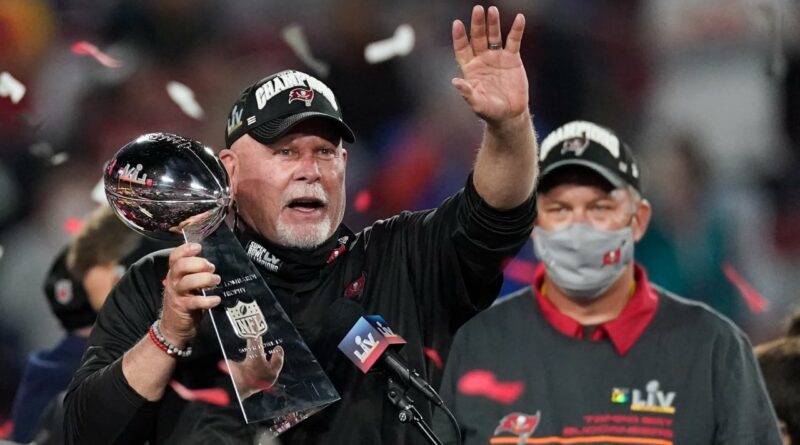 Bruce Arians promised he’d get some fresh ink if his team achieved the ultimate prize.

His team held up their end of the bargain, so it was time for the 68-year-old coach to follow through on his guarantee.

I’m a man of my word- “when we win the Super Bowl, I will get a tattoo” well I got mine and I love it!! #SBLV #superbowlLVchamps pic.twitter.com/SCmpFXEJ1T

“I came through with mine,” Arians told reporters Tuesday. “I followed up on my best and I’m really, really happy with it, too.”

How couldn’t he be? After slogging through the coaching ranks for decades and coming painfully close to winning a Lombardi Trophy as coach of the Cardinals, Arians finally achieved the fear in February in a convincing 31-9 win over the reigning champion Kansas City Chiefs. A game many had picked the Chiefs to win ended in a resounding victory for Arians.

Arians chose the left side of his upper back as his canvas, getting the Super Bowl LV logo, the Buccaneers’ wordmark and logo and the game’s final score inscribed on his flesh permanently, serving as a permanent reminder of his team’s achievement.

Now, Arians and the Buccaneers will attempt to do it again with a team that is returning all 22 starters from 2020. With a Lombardi in hand and another in their sights, Arians made clear Tuesday last season’s success will not serve as a crutch for the 2021 version of the Buccaneers.

“There are no starters,” Arians said of his team as it currently stands. “This is a new football team. We made that message clear when they left. That team won the Super Bowl. This team hasn’t done s—. All those things will be defined in practice.”

Practice begins following the draft. Should the Bucs achieve a similar outcome in the 2021 season, Arians might have to get a complementary piece on the right side of his back, too.

Broncos considering moving up in draft to take WR