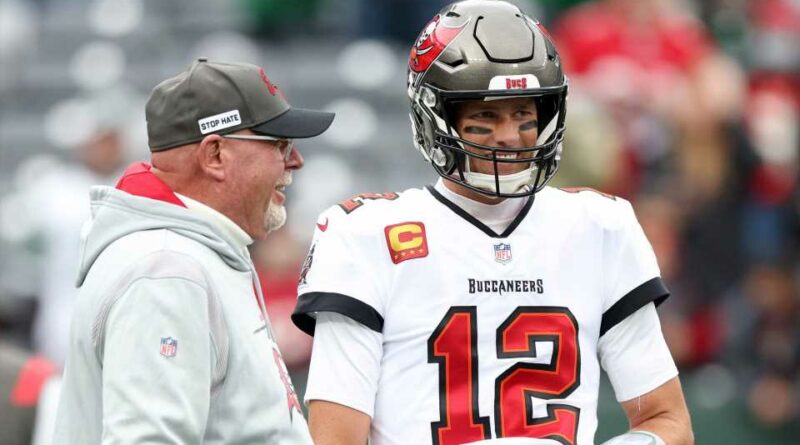 Bruce Arians is throwing the challenge flag on Shawn Hochuli.

A bloodied Tom Brady earned his first career unsportsmanlike conduct penalty in the Buccaneers’ NFC divisional loss to the Rams on Sunday, much to the chagrin of the Tampa Bay coach.

Speaking on his Buccaneers Radio Network show, Arians laid into Hochuli for the flag.

“Totally uncalled for,” Arians said. “I don’t think any other referee in the league would have thrown the flag.”

While this can typically be filed under “coach defending his player,” Arians may have a point: Hochuli has come under fire for his seeming tendency to steal the spotlight in games he’s officiating, which was no exception with the Buccaneers-Rams matchup on Sunday.

Hochuli explained the flag on Brady following the game.

“He got in my face in an aggressive manner and used abusive language,” Hochuli said.

Brady, the notorious trash talker, had never been flagged for taunting or unsportsmanlike conduct in his career before, even in 2021 when the league put an emphasis on taunting calls. He says he didn’t curse at Hochuli before the flag.

A sports rule reminder: Usually, when you know a ref’s name, that’s never a good thing.