Home » NFL » Bruce Arians says Tom Brady's knee recovery could limit him at minicamp: 'He may be doing a lot of coaching' 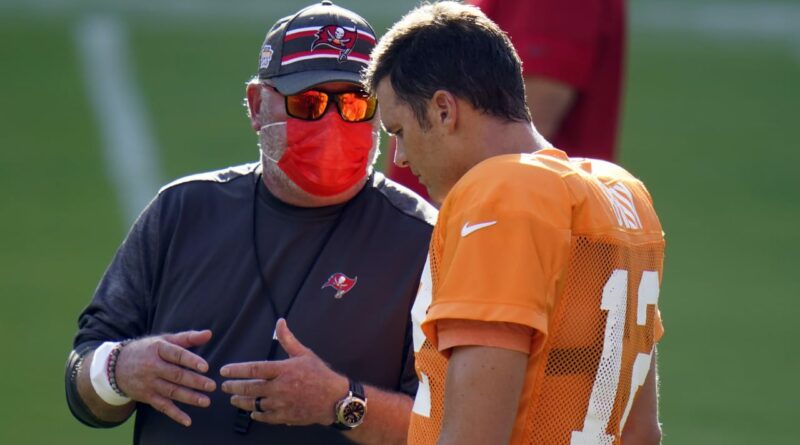 ﻿Tom Brady﻿’s offseason knee procedure could keep him from fully participating in mandatory minicamp, but don’t expect him to completely take it easy.

Buccaneers coach Bruce Arians said Tuesday he isn’t certain what Brady’s limitations might be next week.

“I don’t know how much I’ll let him do … with guys chasing him around,” Arians said, via ESPN. “We’ll see. We’ll see what the doctors say. He may be doing a lot of coaching.”

Ever the vocal leader, that type of role will be right in Brady’s wheelhouse, though he’ll likely be itching to fully participate as the Buccaneers embark on a title defense in 2021.

Brady underwent the knee procedure in February to address discomfort that plagued him throughout much of the 2020 season. Arians called the surgery a “clean-up,” which is typically a minor procedure that is fairly routine for those dealing with chronic pain. At 43-years-old, it should be no surprise that Brady’s body wasn’t 100% by the end of another run to a title.

Brady did, however, gather teammates for workouts last week, including one at the Buccaneers’ facility, but not under the supervision of Arians and his staff. The session, which included multiple Buccaneers receivers, took place at One Buc Place at the suggestion of Arians, who preferred his players work out at the facility to ensure they were financially protected in the event a participant suffered an injury.

Brady has a well-established relationship for obsessing over preparation, which includes offseason workouts. With Father Time not slowing down and Brady seeing the gleam of another Lombardi ahead, he’s not wasting any time — he just might have to spend some of it barking instead of throwing.