Home » NFL » Buccaneers HC Bruce Arians: 'If you want to go back to normal, get vaccinated' 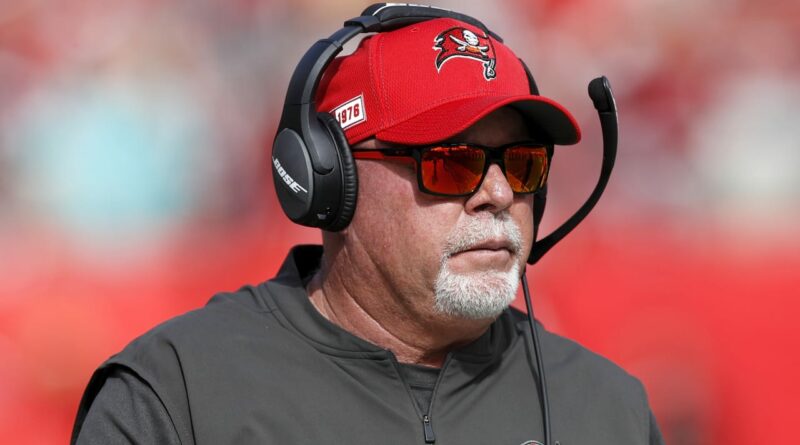 Vaccination rates among NFL players continues to be a popular topic as we near training camp.

Two days after Washington held an informative session to educate its players on COVID-19 vaccinations, the Buccaneers hosted a clinic to increase vaccine accessibility among the team’s players, personnel and family members. Coach Bruce Arians said his goal is to provide his players with a chance to get vaccinated if they so choose, with the hopes that most of his team will be vaccinated and Tampa Bay can operate without the need for strict COVID-19 protocols in 2021.

“There’s going to be a long line over there right now,” Arians said, looking toward the location of the clinic after Thursday’s minicamp session. “I better have a (long line) after today. We were pretty short up until now, but hopefully we have a pretty good line today.”

Tampa Bay is making vaccines available to “whoever wants to get one,” Arians said, but that doesn’t mean they’re rushing to line up for their jabs. Vaccination pace among players remains a talking point, with Carolina quarterback ﻿Sam Darnold﻿ and Washington defensive end ﻿Montez Sweat﻿ as notable players to say this week they have not received a vaccine. NFLPA medical director Thom Mayer said Thursday he has spoken to over 200 players on the matter, often with their wives, and emphasized it’s adult men making adult decisions, per NFL Network’s Tom Pelissero.

As we’ve seen with players answering questions on the matter, some say they want to wait until they have more information, while others emphasize it’s a personal decision. NFLPA executive director DeMaurice Smith said a lack of information on the matter is inexcusable by now, adding “for any player who has a question, call us,” per Pelissero.

Arians sees the matter as a simple means to a desirable end.

“If you want to go back to normal, get vaccinated,” Arians said Thursday. “Eighty-five percent is what we’re shooting for, and I think everybody is tired of meeting out here and eating outside and doing all those things we had to do last year. It’s still a personal choice, but I don’t see a reason not to be vaccinated.”

As is the case across the country, it appears vaccination rates will remain a frequently discussed issue in relation to the NFL for the foreseeable future.

Inside Russell Wilson’s Seahawks, where positivity — and corniness — reign