Tampa Bay will once again ride the Fitzmagic wave while it lasts.

Buccaneers coach Dirk Koetter on Monday announced Ryan Fitzpatrick will serve as the starting quarterback for Sunday’s NFC South showdown against the Panthers.

The Bucs were down 34-16 against the Bengals on Sunday when Koetter made the call to bench Jameis Winston after three quarters and replace him with Fitzpatrick. Tampa Bay still fell 37-34 to Cincinnati.

Winston threw four interceptions and was sacked five times for a loss of 20 yards. He finished with 276 yards and one touchdown. Meanwhile, Fitzpatrick threw for 194 yards with two touchdowns and no picks.

The Bucs saw success under Fitzpatrick early in the season as he started four games while Winston served a three-game suspension, but the Fitzmagic eventually fizzled and Winston resumed his starting role under center. 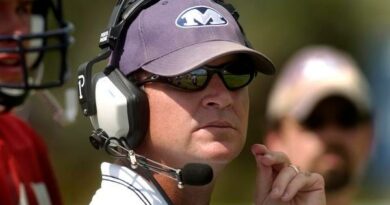