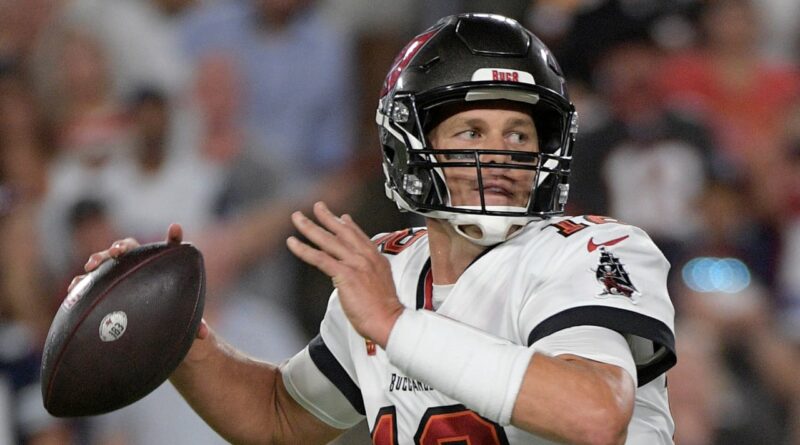 Tom Brady has played 22 years in the NFL but will experience the first game of his career in Los Angeles on Sunday when the Tampa Bay Buccaneers visit the L.A. Rams. He hopes to return for Super Bowl LVI at SoFi Stadium.

Brady enters the matchup scorching hot, throwing two or more TDs in each of his last 13 games (including playoffs). He sits one game short of tying the longest such streak in NFL history. He currently shares the record of 14 games with Aaron Rodgers (both from 2010-2011).

The Bucs have won 10 straight games, and TB12 has thrown 31 TDs in that span — his third unique streak of 10-plus wins with 30-plus pass TD (the only other such streak all-time was by Rodgers in 2011).

But Sunday in L.A., Brady is aware he’s facing a different type of defense in the Aaron Donald-led Rams.

“This week is really challenging because they’ve got good players in the secondary, they have a good front and we lost to them last year,” Brady said, via the team’s official website. “They’re one of the top-rated defenses in the league. They have one of the greatest defensive players of all-time. Everything about this week is challenging — really good defense, really good offense, we’ve got a long way to travel. It’s a big game for both of us.”

With Brady’s pre-snap ability allowing him to get rid of the ball lightning fast and the Bucs offensive line playing well early this season, the QB has been pressured on just 15.7 percent of his dropbacks so far this season (26.3 percent pressure rate in 2020).

Through two weeks, Donald has been his usual disruptive self. The fact that he only has one sack feels a fluke with how many times he’s been in QBs’ faces. But the Rams defense has done well even when the pressure doesn’t get home. The L.A. pass D has allowed just an 82.6 passer rating when not pressuring the QB, fifth-lowest in the NFL (24.8 passer rating when getting pressure, third-lowest).

“It’s just a very challenging team because they do a good job disguising coverages, but they’ve got a great pass rush,” Brady noted. “You can’t really pick up on anything presnap because they’re holding disguises and, at the same time, they have a pass rush that gets home really quick. The corners do a great job of locking onto receivers and I think they do a good job of all having their eyes on the quarterback and reacting to where the quarterback is looking.

“So there are not a lot of chances to go to second reads and so forth because if you look one way, chances are the ball has got to come out just because of how fast that pass rush gets home.”

After facing two defenses in Dallas and Atlanta that were not expected to be great this season, Brady and the Bucs’ myriad weapons are in for their stiffest test of the season Sunday in L.A. 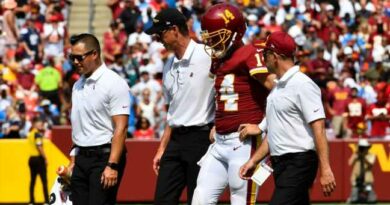