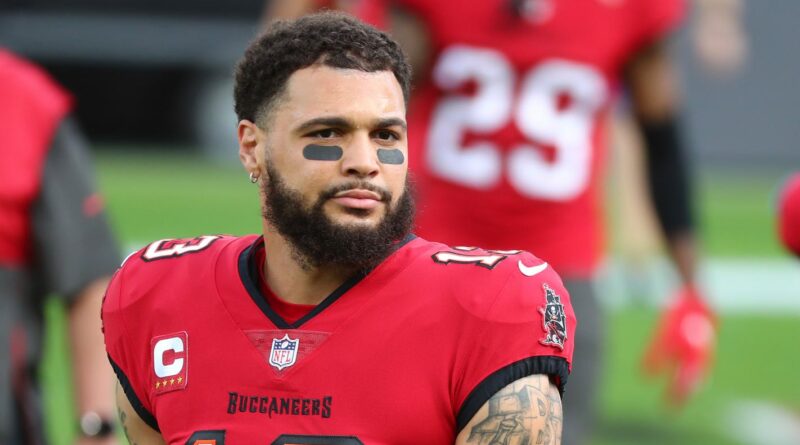 Tampa Bay Buccaneers wide receiver Mike Evans made NFL history on a play in the regular season finale against the Atlanta Falcons and then was hurt on the next down.

On Sunday, Evans dropped a touchdown pass after suffering an awkward injury to his left knee.

Evans, who became the first player in NFL history to record at least 1,000 receiving yards in each of his first seven seasons, was running left on a slant near the end zone in the first quarter, when he planted his foot to catch a pass that would've been a touchdown. Evans' foot slid and his left knee appeared to buckle, forcing him to drop the pass.

Evans was caught on the broadcast limping and walking gingerly and went straight into the locker room for further evaluation.

In the second quarter, Tampa Bay officially ruled Evans out of the rest of the game with the knee injury.

Evans broke NFL Hall of Fame receiver Randy Moss' record of eclipsing 1,000 receiving yards in his first six seasons, when he did so for the Vikings from 1998-2003.

Evans broke the record on a 20-yard pass late in the first quarter.

Tampa Bay had taken a 20-3 lead on Atlanta midway through the second quarter.

Let’s overreact to Week 12 in the NFL: The Browns will make the playoffs