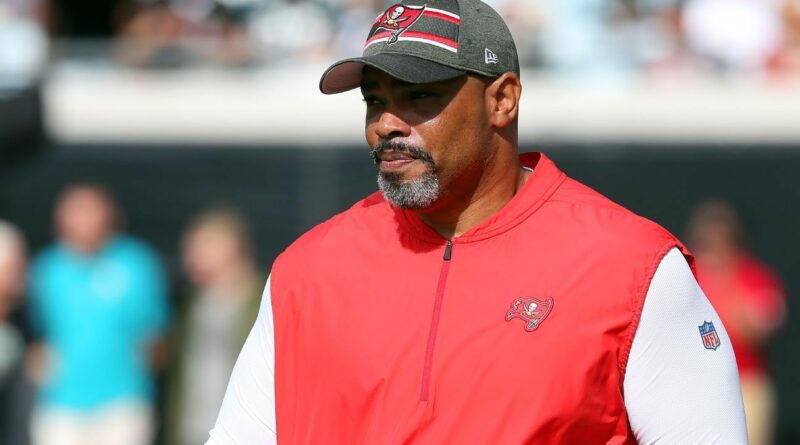 “Being a minority in this league, there’s ups and downs, and we know the process has been pretty hard for us at times,” Goodwin said Thursday. “But we’ve got to keep fighting the good fight. Hopefully the NFL will investigate and get to the bottom of it and just move on and make the whole situation better so we can put this issue to bed for one time in the near future.”

Chung, who is Korean, said during a webinar last month that he was told he was “really not a minority” during the interview. He has declined to name the team involved, and the NFL has said it is investigating the incident.

Goodwin, who is Black, has been publicly outspoken on the league’s hiring practices toward minority candidates in the past. It can be rare for coaches to speak out, as some fear it could curtail future job opportunities.

An NFL assistant since 2004 and a coordinator since 2013, Goodwin said in 2019 that NFL team owners weren’t always present for his head-coaching interviews, which signaled to him that teams weren’t taking his candidacy seriously and were merely appeasing the Rooney Rule.

“The best thing for me is just to speak my truth,” Goodwin said. “Whatever happens to me as a coach, as a husband, as a father, is up to God. All I can do is speak from the bottom of my heart, and I have done that in the past. We as minorities in the NFL have gone through this for years on top of years. And it’s continuing to be a subject.

“… It’s just up to us as coaches to keep putting our faces out there, to keep putting our work on tape and to just keep striving to get to the table, to have the conversations to possibly be a head coach or a GM or whatever it may be. That’s how we got to live. We can’t get up, as far as being too high, or being too low as far as the situation. Just keep stepping forward each and every day and just trying to get better, to put ourselves in positions to have that access at the upper level of the club.”