Home » NFL » Cam Newton opens up on why he was cut by the Patriots: Mac Jones ‘would’ve been uncomfortable’ 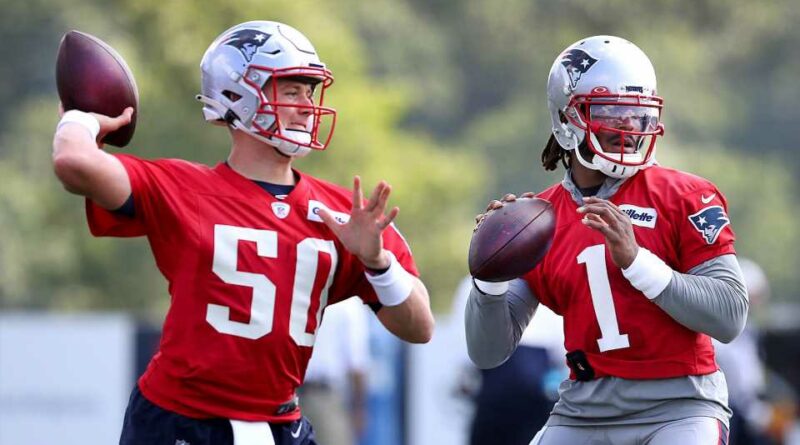 Just over a week after being cut by the Patriots, Cam Newton is speaking out about his split from New England.

In a video titled, “My Side of the Story,” on his YouTube channel, Newton told his father, Cecil Newton Sr., that while he would have been ready to backup Mac Jones, he thought the rookie QB “would’ve been uncomfortable” with Newton as the backup.

“Let me be honest with you. If they were to ask me, would I play behind, they say, ‘Cam, we’re going to give the team to Mac. You’re going to be the second string. We expect you to be everything and someone to guide him throughout his tenure.’ I would’ve said, ‘Absolutely.'”

Following the final preseason game, New England made the decision to cut the former MVP and officially name Jones, the 15th overall pick in the 2021 NFL Draft, the starter. Coach Bill Belichick would not elaborate on the reasons for the surprising release except to say that, “We make decisions and then we execute them and go on, and take it from there.”

Newton said in the video that he believes the Patriots have a roster that can win now, and because of that, it would have been a distraction if Jones didn’t immediately find success and Newton was serving as his backup.

Responding to recent reports that Jones was helping Newton learn the playbook, Newton said that all the quarterbacks were helping each other and that Jones, Newton and Brian Hoyer would go through certain plays and ask what everyone was seeing on each play during practice.

Newton acknowledged that he struggled last year — he completed 65.8 percent of his passes for 2,657 yards with eight touchdown passes and 10 interceptions — but noted that he only had five weeks to learn the Patriots’ playbook before the start of the campaign, while he said Jones has had five months to get everything down since he was drafted.

“Five weeks compared to five months, I was still learning during the season and if you compare and contrast five months, we into December. To catch up in the thick of the season,” Newton said trailing off.

Newton explained that his release had nothing to do with his vaccination status or his trip down to Atlanta. When he returned he was required to spend five days away from the facility due to a misunderstanding with the NFL-NFLPA’s COVID protocols.

“Do I think this would have happened without me being away from the team for five days? Honestly yes. It was going to happen,” Newton said. “Did it help ease the decision? Yes.”

The trip to Atlanta was to have an injury re-examined by the doctor who “in essence diagnosed me,” Newton said, and that it was approved by the team. He said he checked all the boxes and that he ran everything by the team, only to find out later that he had breached protocol. If he knew that it could lead to him being forced to sit out five days, Newton said he would not have made the trip.

“The trip was necessary because this was the last time I felt that I was going to have my opportunity to get in a second opinion,” Newton said. “Not to say that the personnel with the Patriots wasn’t coherent to telling me everything I needed to know, but having four eyes on it is better than having two eyes on it in my opinion.”

Newton confirmed that he will not be retiring and that even though the video — filmed at his high school football field at Westlake High School in Atlanta — was “giving me retirement vibes, this ain’t that.” While he has enjoyed spending time with his family and his kids in September, he thinks he has “a lot of football in me left.” As for where Newton will end up next, that remains to be seen.

“Listen I’m going to remove all doubt. I said it once and I’ll say it again: there’s not 32 guys out there that’s better than me,” Newton said. “And out of those 32, if given the opportunity that I can show what I can do, it’s going to be what it’s going to be.” 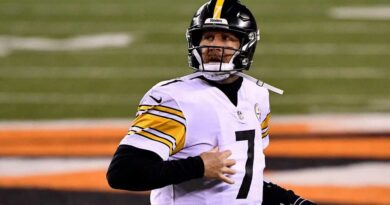