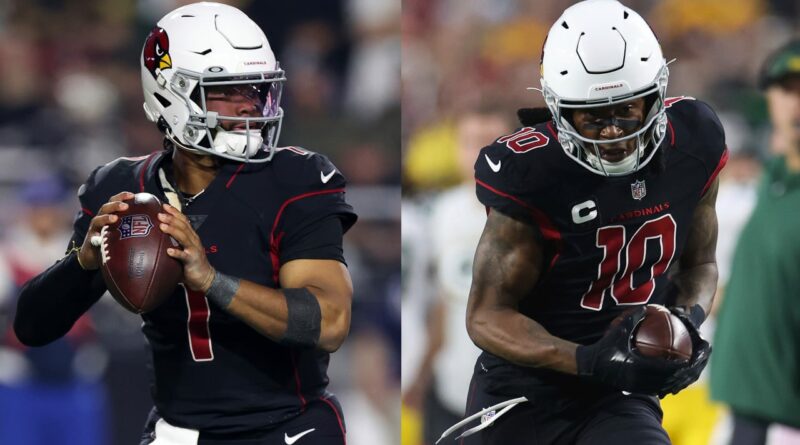 Aiming to maintain the top spot in the NFC, the Arizona Cardinals will have to do so without their franchise quarterback and his No. 1 wide receiver for a second consecutive week.

Cardinals quarterback ﻿Kyler Murray﻿ is inactive for Arizona’s home game against the Carolina Panthers, and so too is wide receiver ﻿DeAndre Hopkins﻿.

Murray (ankle) and Hopkins (hamstring) were each questionable and tabbed as game-time decisions heading into Sunday.

Murray will be replaced in the starting lineup once more by veteran ﻿Colt McCoy﻿, who performed terrifically in helping the Cards to a Week 9 win over the San Francisco 49ers. Murray injured his ankle late in Arizona’s only loss of the year to Green Bay in the Week 8 edition of Thursday Night Football.

Hopkins was also questionable against the Packers ahead of Week 8. He started that game before briefly leaving and then reentering, though he played sparingly. Hopkins hadn’t missed a game in his brief Cardinals tenure prior to Week 9.

Murray’s streak of consecutive starts to begin his career was snapped at 40 ahead of his inactive designation against the Niners. He has 2,276 yards passing along with 17 touchdown passes to seven interceptions through eight games this year.

This will be just the fourth missed game of Hopkins’ career of eight-plus seasons. He has 35 receptions for 486 yards and seven touchdowns — all team-highs — this year.

McCoy will start two games in a row for the first time since Weeks 12-13, 2018 with Washington and is looking to record consecutive wins as a starter for the first time since Weeks 2-3, 2011 with the Browns. The 35-year-old signed with the Cardinals in the offseason to back up Murray and joined the fifth NFL team of his career and third in as many seasons, in the process. 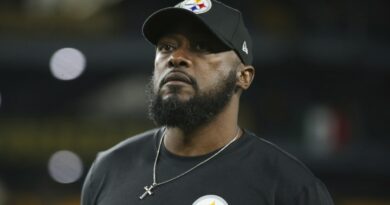