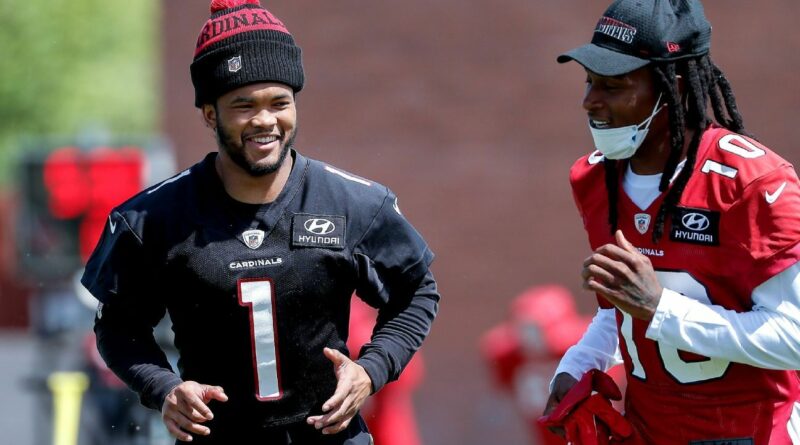 SANTA CLARA, Calif. — The Arizona Cardinals will be without quarterback Kyler Murray and wide receiver DeAndre Hopkins against the San Francisco 49ers on Sunday.

Both players were ruled inactive about 90 minutes before kickoff at Levi’s Stadium.

This will be the first game in Murray’s three-year career that he’s missed and the third game Hopkins has missed in his nine-year career.

Colt McCoy will get the start at quarterback with Murray sidelined.

Murray is still dealing with a sprained left ankle that he suffered late in the Cardinals’ loss to the Green Bay Packers on Oct. 28. Hopkins suffered a hamstring injury in that game, as well, and has been dealing with that injury.

Neither practiced at all this week.

Coach Kliff Kingsbury said last week that he was comfortable with Murray playing despite not practicing, but the plan was to evaluate him on the field Sunday morning before making a decision.

Arizona is 7-1, suffering its first loss of the season against the Packers.