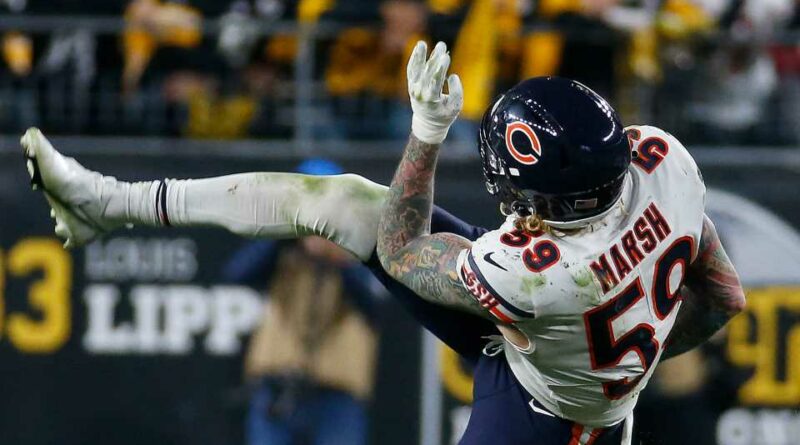 For the fifth straight week, “Monday Night Football” has resulted in a one-score outcome, this time with the Steelers earning a 29-27 home victory over the visiting Bears.

Unfortunately, a controversial taunting call against linebacker Cassius Marsh ended up costing Chicago in the loss. And ensuing contact between him and head official Tony Corrente became an even bigger story than the loss.

The taunting penalty levied against Marsh followed a sack by the linebacker of Pittsburgh quarterback Ben Roethlisberger late in the fourth quarter. The result of the play should have seen the Steelers punt on fourth-and-15 from the Chicago 40. But Marsh took several steps toward the Steelers bench, which was enough for Corrente to call him for taunting. (Here are two angles of the action that brought on the taunting penalty).

As Marsh began jogging back toward the bench, however, he made contact with Corrente. Video seems to show the official bracing his body and holding his hip out to make contact with Marsh as he ran by. Corrente was in the act of pulling out his flag when he and Marsh bumped into each other.

Marsh, speaking to reporters after the game, said he initially thought the contact was incidental. After reviewing the video, he said he felt Corrente intentionally hip-checked him, an action he called “incredibly inappropriate.”

Corrente after the game also addressed the call and ensuing contact with Marsh. He explained that Marsh’s “posture” indicated he was taunting the Steelers bench. The head official also answered two follow-up questions directly related to the contact made with the linebacker, saying twice it had nothing to do with the penalty.

From the pool report:

The taunting penalty wasn’t the only controversial call of the game, though certainly among the biggest, as it allowed the Steelers to extend their drive and finish it off with a field goal. The Bears were called for 12 penalties for 115 yards, one of which wiped a Justin Fields touchdown to Jimmy Graham off the board because of a low block foul.

Those calls and more were heavily criticized by viewers on social media, with many calling for Corrente to be suspended for his actions. Others bemoaned the fact that officials had such a direct effect on the final outcome of the game.

It remains to be seen how the NFL will react to Monday’s game, if at all.

Hot seat check: 6 NFL coaches whose jobs are on the line 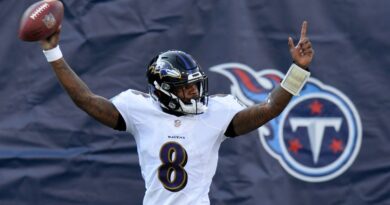