The Los Angeles Chargers (4-7) have looked more like a bridesmaid rather than a bride for the bulk of the 2019 season.

On Monday night in Mexico City, the Chargers fell to the Kansas City Chiefs, 24-17, in a fashion that has, unfortunately, been far too consistent with the way their games have been mostly playing out the past 11 weeks.

Down by a score, the Chargers had a chance to come away with a win after doing just enough to hang around in spite of being the eight ball at various points throughout. But, in the end, the contest resulted in yet another heartbreaking one-score loss for coach Anthony Lynn’s squad, giving them a league-high total of seven such defeats in 2019, according to NFL Research.

"I thought offensively, we got to get the ball in the end zone. We kicked too many field goals in the first half. With a team like Kansas City, you can’t kick field goals, you got to score and I thought we let them hang around," Lynn said. "We got the ball back several times and offensively we weren’t able to get the ball down the field until that last drive … We did not finish the game. Kind of underthrew that last one and that was just kind of been the way our season’s gone so far."

The underthrown pass Lynn’s referring to came moments after Philip Rivers got the offense to the KC 25 after completing a 50-yard bomb to wideout Mike Williams. With 24 seconds to go, Rivers lobbed a jump ball to running back Austin Ekeler in the end zone only for Chiefs safety Daniel Sorensen to step in front of it and snag what was Rivers’ fourth interception of the evening.

It was a rough night for Rivers (28-of-52, 353 yards, TD, 4 INTs) that was made worse by the fact that one of his first two picks led to a Chiefs score and the final two came on consecutive drives to close the game.

"He went out, he gave it his all. It didn’t work out for us this week. He made some mistakes and he understands that. He’s a 16-year veteran, he knows when he’s played well and when he’s played bad," Lynn said of his signal caller. "I thought he did some good things … He put us in positions when we did move the ball down the field especially there at the end. He just ended up with a bad throw at the end."

Two of their three first-half FGs came inside the red zone with a third from 49 yards out coming after an offensive holding may have cost them a shot at a TD before half. Still, with the Chargers’ backfield rolling (83 rushing yards on 14 carries) and Rivers outgunning Patrick Mahomes — 237 to 63 through the air — things looked encouraging despite being down 10-9.

However, the Chiefs defense adjusted and the run game was stifled, adding just 10 yards for the rest of the night and putting a lot of pressure on Rivers to execute. L.A. just came up short.

"Not scoring in the red zone and turning it over, man, that gets you beat. And that’s what’s gotten us beat all year," said Rivers, who earned the 61st loss of his career by seven of fewer points on Monday, the most of any starting QB in the Super Bowl era, per ESPN.

In the past two weeks, Rivers has thrown three touchdowns and seven INTs, upping his season totals to 15 and 14, respectively. A startling difference considering he threw 32 TDs and 12 INTs all of last season.

Dropping a division game to a team that is right at the top of the AFC West with the Oakland Raiders (6-4) is clearly detrimental but the team still has to begin eradicating the costly mistakes. The odds of things working out aren’t completely impossible but the turnaround has to begin immediately after their bye.

"I felt like if we could’ve won this game today and won out, we could control our own destiny but now obviously I don’t feel that way," Lynn said. "I still think we have enough to win [in Week 13] and beyond that but we’re probably going to need some help." 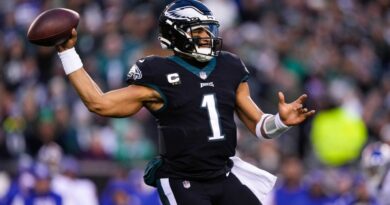 Stacking the NFL’s 100 most valuable players: What the race for MVP should really look like 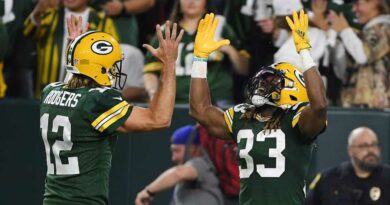