Home » NFL » Chargers QB Justin Herbert: 'I had never been rooting for a tie more in my life' 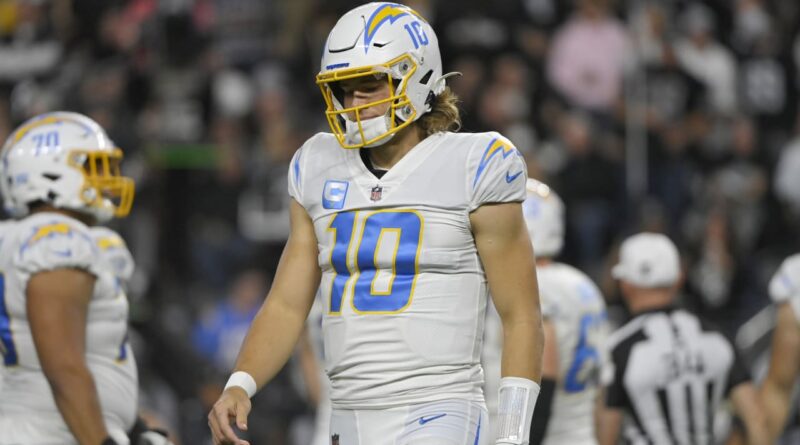 The Los Angeles Chargers entered Sunday night’s game against the Las Vegas Raiders playing to win and ended it praying for a tie. They got neither, as Daniel Carlson nailed the game-winning field goal as time expired in overtime. The Raiders head to the postseason. The Chargers will sit at home.

“I had never been rooting for a tie more in my life,” quarterback Justin Herbert said via the Associated Press. “That’s the unfortunate part of being so close.”

After getting down 15 points midway through the fourth quarter, the Chargers stormed back with two Herbert TD passes, including one as time expired in regulation to force OT.

After the teams traded field goals to open the extra period, the Raiders drove across midfield, owning the option to play for a win or tie, the latter of which would have sent both clubs to the postseason and left the Pittsburgh Steelers on the outside looking in.

After a 7-yard run from Josh Jacobs, Chargers coach Brandon Staley called a timeout with four seconds remaining on the play clock and 38 seconds left in overtime. The decision led to a lot of divisive discussions after the game, but the first-year coach said he called the timeout to try to slow the Raiders run.

“We needed to get in the right grouping,” he said, per the L.A. Times. “We felt like they were going to run the ball. So we wanted to … make that substitution so that we could get a play where we would deepen the field goal.”

There was much ado on social media following Staley’s timeout, with the perception being that the Raiders were content to tie. But Vegas also had the incentive to win the game to avoid a first-round meeting with the Kansas City Chiefs. However, Derek Carr suggested after the game that the timeout changed Vegas’ plans.

“It definitely did, obviously,” Carr said in his post-game interview with NBC’s Michelle Tafoya. “But we knew, no matter what, we didn’t want a tie. We wanted to win the football game.”

Perhaps the Raiders were more motivated to block well and pick up extra yards after the timeout? That’s about the only meaningful change that could have possibly taken place. Vegas looked poised to run the ball. It still ran the ball following the timeout.

The timeout didn’t cook the Chargers. Their inability to stop the run did. It hurt them Sunday night. It killed them all season long. The Achilles’ heel burst in the biggest moment of the season. 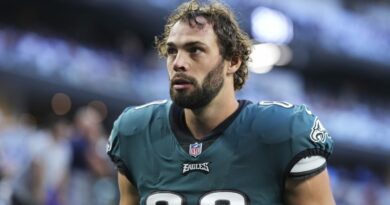