Mitchell Trubisky threw for 338 yards and three touchdowns as the Chicago Bears beat the Detroit Lions 24-20 at Ford Field on Thanksgiving.

The Bears progressed to 6-6 for the season after edging ahead in the fourth quarter with a game-winning touchdown from David Montgomery.

An eighth defeat of the year for the Lions (3-8-1) staged a first NFL start for undrafted rookie quarterback David Blough, who finished 22 of 38 for 280 yards, two touchdowns and a late interception in the absence of Matthew Stafford and Jeff Driskell.

Trubisky started the game perfectly, going four for four on an opening drive that ended with a 10-yard touchdown pass to Allen Robinson.

Blough introduced himself to Lions fans in emphatic fashion in response with a 75-yard touchdown pass to Kenny Golladay on a third and 10.

Having held the Bears to a punt on their next possession, the Lions and Blough capped a nine-play, 78-yard drive with an eight-yard touchdown pass to Marvin Jones Jr to take their first lead of the game at 14-7. 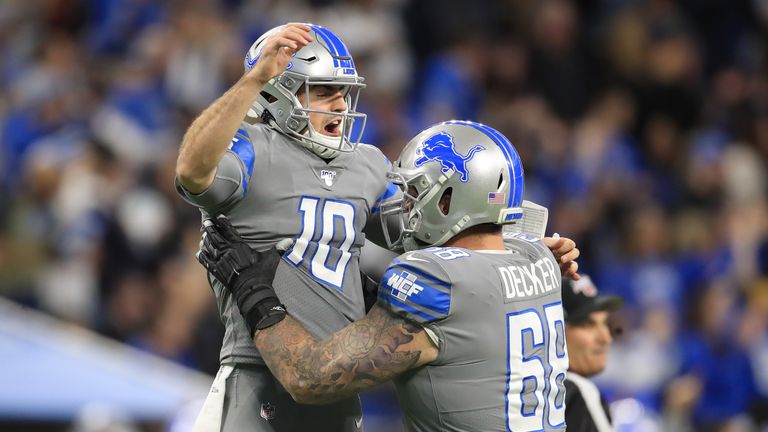 The Lions’ defense, ranked 29th against the pass heading into the game, backed their offense up in the first half and made it a 10-point game at 17-7 thanks to a Matt Prater field goal after a roughing-the-passer penalty against Leonard Floyd had built on Blough’s 34-yard connection with Golladay.

There was still time for an Eddie Pineiro field goal before the half to cut the deficit to seven points.

A poorly-placed Trubisky pass led to the first interception of the game after the interval, Darius Slay coming up with the pick on Detroit’s 22 after beating Robinson, who could not readjust in time to make the catch. Chicago’s subsequent hold on defense was rewarded with an 18-yard touchdown from tight end Jesper Horsted to level the scores at 17-17 following a superbly-weighted pass from Trubisky.

Another Prater field goal put the Lions 20-17 up with 10 minutes remaining to round off what had been a 15-play, 70-yard drive. The Bears had Kyle Fuller to thank for limiting the hosts to just three after the cornerback’s huge tackle on JD McKissic at the five-yard line to deny what looked a certain touchdown on third and one.

Back came Trubisky with a 35-yard pass to Miller on the left sideline, with the pair linking up again for a 32-yard gain to put the Bears on the two-yard line, and then the seven after a delay of game penalty. That would not prove costly as Trubisky picked out Montgomery for a three-yard touchdown to make it 24-20 after Pineiro’s extra point.

Washington QB Alex Smith: 'I couldn't sleep at night' if I didn't try to return 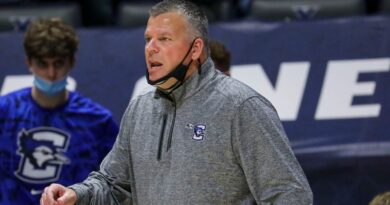