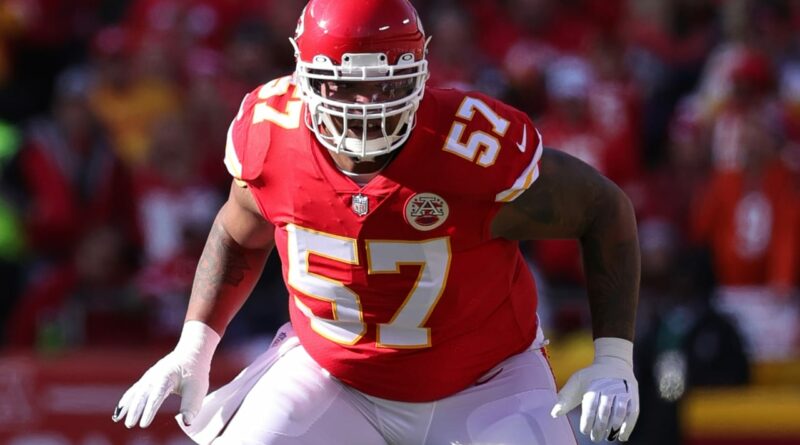 Orlando Brown﻿’s first season as Patrick Mahomes﻿’ blindside blocker was a success, but a long-term contract to remain in Kansas City will have to wait.

On Monday, the Chiefs placed the franchise tag on Brown, NFL Network Insider Ian Rapoport reported, per a source. The team later announced the application.

Brown’s tag may just be a placeholder until a long-term contract can be agreed upon before the July 15 deadline. The tag figure for offensive linemen is $16.6 million. NFL Network’s Mike Garafolo reported that Brown has not decided whether to represent himself or hire an agent for upcoming negotiations and will not sign the tender until he sorts that out.

“He’s slow playing it because what’s most important to him right now is supporting Pat (﻿Patrick Mahomes﻿) through his wedding, handling his charity event at the end of March and then getting into the best shape of his life,” Jammal Brown, a mentor to Orlando Brown and former NFL player, told Garafolo.

Handing Brown a big contract is an obvious play considering the Chiefs gave up several draft picks, including a 2021 first-rounder, to acquire the tackle from the Ravens ahead of the 2021 season. With Brown going on to become a mainstay for the Chiefs’ revamped offensive line in 2021, a one-year rental was never in the cards.

“He’s as dependable as there is,” Veach said of Brown on Feb. 1. “We’ll certainly work and get him done. We expect him to be our left tackle moving forward.”

Brown, 25, didn’t miss an offensive snap in each of his 16 starts for the Chiefs. Earning his third straight Pro Bowl bid and his first as a left tackle in 2021, Brown came to Kansas City looking to become a premier LT in the league and delivered with a dependable season.

“He wants to be in Kansas City and wants to sign a long-term deal there,” Jammal Brown said. “He wants Kansas City to understand he’s the type of player who can be there for the rest of his career. He’s a cornerstone left tackle. Orlando has bet on himself and he’s had to face adversity The first few games of the season last year, he didn’t play well and he felt like he was letting (Chiefs GM) Brett Veach down because Veach took a chance on him and traded away a lot for him. We had a talk and I told him you can’t measure heart without adversity. From that point on, he played lights out. That’s the kind of left tackle the Chiefs have in Orlando, a guy willing to battle through the adversity.”

One of 30 free agents to-be for the Chiefs this summer, including Tyrann Mathieu and Melvin Ingram﻿, Orlando Brown’s tag is the first big maneuver ahead of a busy offseason for Kansas City.

His charity event will be a bowling outing and proceeds will go toward providing children with healthier food options, Garafolo reported. Brown’s father died from diabetes, his younger brother has diabetes as well, as does his former teammate with the Ravens and close friend Mark Andrews. There are six things Brown wants to accomplish in his career and the biggest goal involves his off-field work.

“He wants to be a Super Bowl champ, a Pro Bowler, an All-Pro, a team captain, the highest paid at his position and most importantly, the Walter Payton Man of the Year,” Jammal Brown said. “He has a relationship with (Andrew) Whitworth and we both have a lot of respect for (former Chiefs guard) Will Shields and what he did in the community. You can have all those other things on the field, but if you don’t have a good heart and are a good person, you’re just another player.” 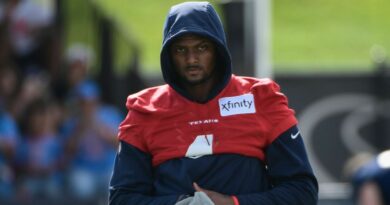