A Kansas City Chiefs fan was cited for disturbing the peace for allegedly shining a laser pointer at New England Patriots quarterback Tom Brady during the AFC Championship game.

Jackson County prosecutors said in a press release on Tuesday that 64-year-old Dwyan Morgan was ticketed and faces up to a year in jail or a fine up to $1,000, per the Kansas City Star.

The incident took place in the fourth quarter of the AFC Championship game. The Patriots went on to win 37-31 in overtime.

The NFL began an investigation in January after video surfaced from KMCB-TV in Kansas City of a green light appearing to flash around Brady’s face during the contest.

The team reportedly already banned the fan from Arrowhead Stadium and pushed for the harshest punishment possible in an effort to deter future incidents. 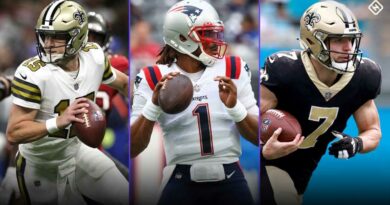