Kansas City Chiefs offensive lineman Laurent Duvernay-Tardif announced Friday night that he is opting out of the 2020 season due to concerns about COVID-19, becoming the first known NFL player to do so.

Duvernay-Tardif, who started at guard in the Chiefs' victory over the San Francisco 49ers in Super Bowl LIV earlier this year, is the only medical school graduate in the NFL and has been on the front lines of the COVID-19 response. He wrote in a statement on Twitter that he trusts the precautions that Kansas City's medical staff has put together but also knows that "some risks will remain."

"This is one of the most difficult decisions I have had to make in my life but I must follow my convictions and do what I believe is right for me personally," Duvernay-Tardif wrote in the statement.

"Being at the frontline (sic) during this offseason has given me a different perspective on the pandemic and the stress it puts on individuals and our healthcare system. I cannot allow myself to potentially transmit the virus in our communities simply to play the sport that I love. If I am to take risks, I will do it caring for patients."

My decision regarding the 2020 NFL season pic.twitter.com/jrY3nZfNWO

Duvernay-Tardif, 29, announced his decision hours after the NFL and the NFL Players' Association reached an agreement to ensure that training camps will start on schedule next week.

Dozens of players in other pro sports leagues have also declined to return to the court, field or rink due to concerns about COVID-19, from San Francisco Giants catcher Buster Posey to Brooklyn Nets center DeAndre Jordan and Carlos Vela of Los Angeles FC.

Since joining the Chiefs in 2014, Duvernay-Tardif has split his time between his NFL career and medical school at McGill University in Canada. He earned his degree in 2018.

After helping lead the Chiefs to their 31-20 win in February's Super Bowl, Duvernay-Tardif decided to put his degree to use in the fight against COVID-19. He told The Associated Press this spring that he hasn't been able to do much in the way of providing direct treatment, because he has yet to complete his residency program, but he has helped out where and how he can.

"I’m here to help, support and contribute in a time of crisis," he told the wire service. "I asked Coach (Andy) Reid and everyone, 'Is it OK going to the front line?' Everybody has been great. We all understand that there is something bigger than football going on."

Clemson’s Trevor Lawrence doesn’t want to sit out junior year, so stop asking if he should 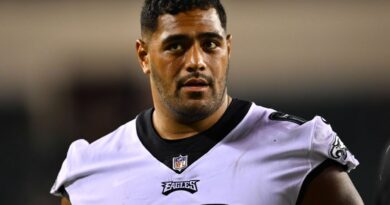 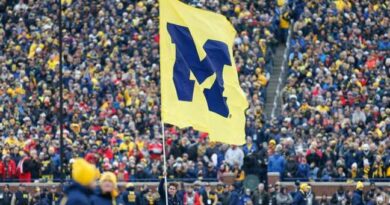