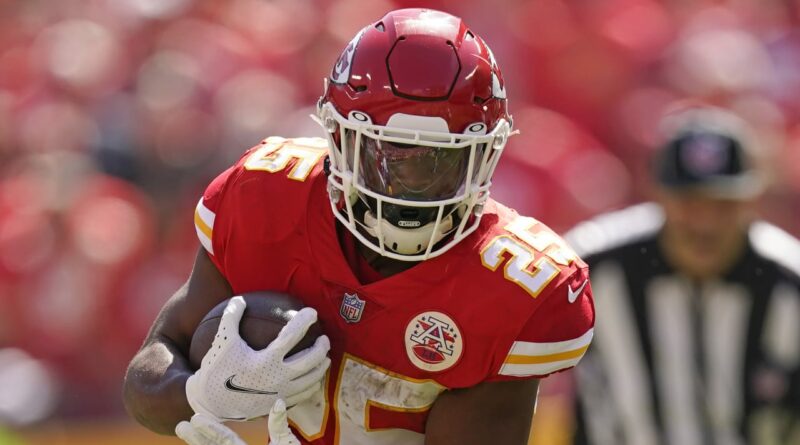 The Kansas City Chiefs will be without running back ﻿Clyde Edwards-Helaire﻿ for at least the next three weeks.

K.C. placed the running back on injured reserve on Tuesday. CEH suffered a knee injury in Sunday night’s loss to the Buffalo Bills.

NFL Network Insider Ian Rapoport previously reported that the RB would miss a few weeks with an MCL sprain, which was good news considering how it looked when he went down. We now know Edwards-Helaire will miss at least the next three games. The Chiefs face Washington, Tennessee, and the New York Giants in the next three weeks.

Veteran running back Darrel Williams figures to get the bulk of the workload with CEH out. ﻿Jerick McKinnon﻿ could be used more as a change-of-pace player out of the backfield on passing downs.

In announcing Edwards-Helaire being placed on IR, the Chiefs also activated running back ﻿Derrick Gore﻿ and tackle ﻿Prince Tega Wanogho﻿ from the practice squad and waived receiver ﻿Daurice Fountain﻿. 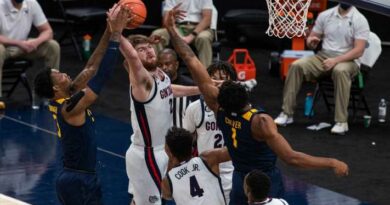 31-1: A look at every game in Gonzaga’s near-historic season

How the Patriots can replace opt-outs Dont’a Hightower, Marcus Cannon in 2020 season