Clemson quarterback Trevor Lawrence scrambled on first down when Florida State’s Hamsah Nasirildeen closed in and delivered a shot with the crown of his helmet — a targeting call that elicited a response from the Tigers.

It was the expected response.

A 1-yard TD run by 315-pound defensive tackle Christian Wilkins four plays later, which helped turn a two-score lead into a 59-10 blowout, served as the Tigers’ response. No. 2 Clemson (8-0, 5-0 ACC) won big heading into November, and it’s going to take more than a cheap shot to derail a fourth straight ACC championship run. Florida State (4-4, 2-4) found out it isn’t even in the same neighborhood. The Tigers are fun, focused and will be in a familiar spot when the first College Football Playoff rankings are unveiled Tuesday.

In other words, the best bet to challenge No. 1 Alabama for a fourth consecutive season. What other conclusion could you draw at this point? Since the 27-23 escape against Syracuse on Sept. 29, the Tigers have outscored Wake Forest, N.C. State and Florida State by a combined score of 163-20.

Lawrence (20 of 37, 314 yards, four touchdowns) has settled in at starter and continues to gain valuable experience. The fact Clemson didn’t score on its first three possessions adds more to the learning experience, and the freshman quarterback dialed in to the downfield passing game with favorite targets Tee Higgins, who scored twice in the first half, and Amari Rodgers, who scored twice in the second half.

The running game is still fresh around Travis Etienne (10 carries, 45 yards), and Lawrence and will only get better.

The story, however, is the defense. Florida State had 55 total yards in the first half. They wore out quarterback Deondre Francois. The Seminoles couldn’t run, couldn’t throw, couldn’t do anything of substance. The Seminoles had 35 rushing attempts for -21 yards. This used to be the marquee showcase showdown in the ACC. Now, it’s just another stepping stone for the king of the conference. That’s the hill first-year FSU coach Willie Taggart faces going forward.

That’s where that targeting call comes in. Clemson closed afterward and showed why this team is a little bit different than the ones that had lapses against Pitt in 2016 and Syracuse last season. The Tigers still face Louisville, Boston College, Duke and South Carolina the next four weeks, and the only road trip is to Chestnut Hill.

The Tigers seem to be operating at a higher level — one transfixed on No. 1 Alabama and a possible fourth installment in their rivalry which has to date defined the Playoff era. Nobody on that team will admit it now, instead opting to focus on the one-day-at-a-time, one-game-at-a-time, coach and player speak that is necessary.

But they look like they’ve been thinking about since time expired in the 24-6 Sugar Bowl loss on Jan. 1, 2018.

That’s a response worth waiting on. 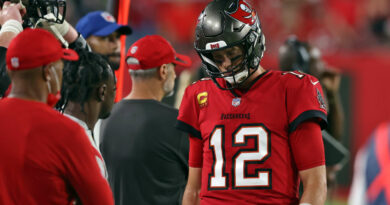 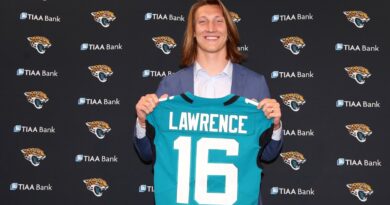