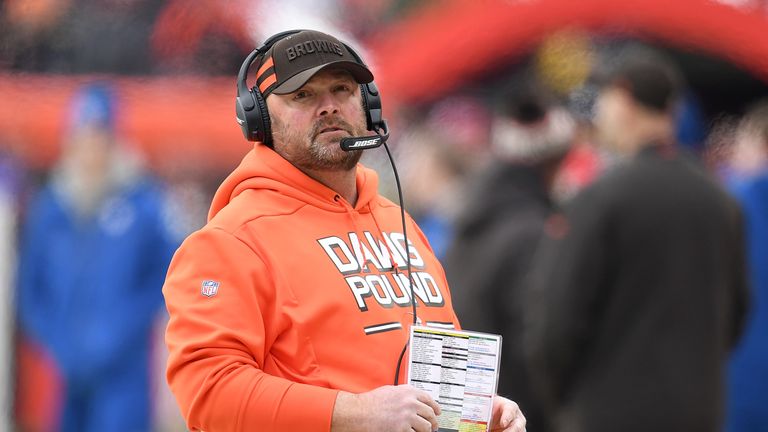 The Cleveland Browns are promoting offensive coordinator Freddie Kitchens to head coach, according to multiple reports.

He replaces Hue Jackson, who was fired in October after compiling a 3-36-1 record.

According to ESPN, Williams has been relieved of his duties and is no longer with the team.

The team’s confidence in Kitchens was boosted by the play of rookie quarterback Baker Mayfield under his watch.

In eight games with Kitchens as OC, Mayfield threw for 2,254 yards, 19 touchdowns and eight interceptions and was sacked just five times.

A quarterback at Alabama from 1993-97, Kitchens coached in the college ranks from 1999-2005 as an assistant at Glenville State, LSU, North Texas and Mississippi State.

He broke into the NFL as tight ends coach with the Dallas Cowboys in 2006, and held the same role with the Arizona Cardinals from 2007-12.

He served as Arizona’s quarterbacks coach from 2013-16 and as the Cardinals’ running backs coach in 2017.

Alabama RB Najee Harris on why Megan Rapinoe inspires him: ‘Standing up for what she believes in’