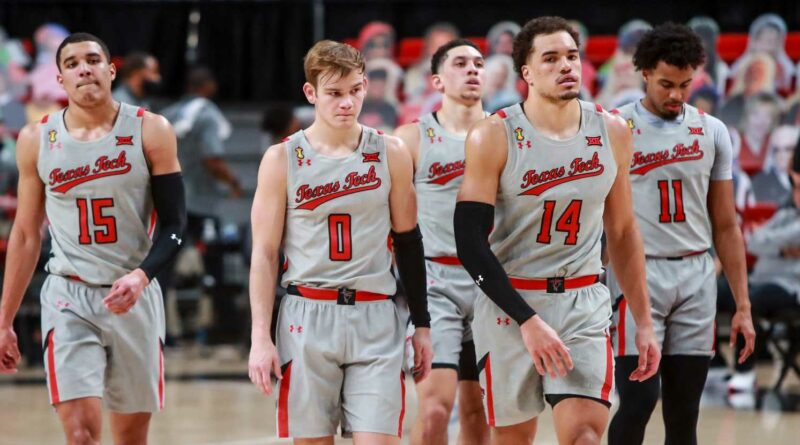 The calendar turns to March next week, with Selection Sunday just over two weeks away. Men's college basketball teams are in the home stretch of the 2020-21 regular season.

The teams with positive momentum will be well positioned to bolster their NCAA Tournament seeding and, in the case of bubble teams, better their likelihood of inclusion in the field of 68.

Case in point: One team that has made frequent appearances in the weekly misery index is Duke. But the Blue Devils have now won four in a row to play themselves onto the right side of the bubble and offset the lingering "down year for blue-bloods" storyline.

Here's a look at the teams veering in the wrong direction with recent strings of losses in the latest misery index:

The Red Raiders (14-8, 6-7 Big 12) have lost three consecutive games – the wrong kind of streak for a top-tier team heading into March. But they've all been close Big 12 losses, including an overtime setback to Oklahoma State on Monday. Coach Chris Beard's team has a good enough overall résumé to stay in the No. 4-seed range despite posting a sub-.500 conference record so far. Still, putting an end to losing ways is key. Georgetown transfer Mac McClung (16.9 ppg) has been a steady force but there's been too much reliance on his offense.

PLANS IN PLACE: What if an NCAA Tournament team is impacted by COVID-19?

The Cavaliers (15-6, 11-4 ACC) have fallen out of first place in the ACC as Florida State continues to surge. UVA has lost three in a row, including Wednesday's home loss to North Carolina State. Trying to make sense of the reigning champions' woes starts on the offensive end, where coach Tony Bennett likes to control the tempo of the game with a methodical halfcourt offense. Right now, there aren't any go-to scorers who can get a bucket when the shot clock is winding down, as junior guard Kihei Clark is more of a facilitator and leading scorer Sam Hauser scores less off the dribble.

The Hoosiers (12-11, 7-9 Big Ten) have lost back-to-back Big Ten games to Michigan State and Rutgers, thrusting them out of the projected field this past week. Indiana can only rely on the strength of the Big Ten for so long; this profile is just lacking overall wins. Coach Archie Miller could find himself on the hot seat if the Hoosiers don't turn it on late to reach the NCAAs. A huge test vs. Michigan on Saturday awaits.

The Atlantic 10 Conference has four teams on the NCAA Tournament bubble right now and all of them are in trouble to the point where the A-10 could end up with just one tourney bid. The Billikens (11-5, 4-4 A-10) were at one point one of the league's best chances of securing an at-large bid alongside VCU and St. Bonaventure, but recent losses to the Rams and Dayton push Saint Louis further to the wrong side of the bubble. A matchup against fellow bubble team Richmond on Friday will be must-win.

The Aggies (14-7, 11-4 MWC) were leading the Mountain West Conference at the start of last week but then fell to fourth place following back-to-back losses to Boise State. That's part of the difficulty of a COVID-19-related schedule where USU had to play on the road against the same team two nights in a row.

The Pirates (13-10, 10-7 Big East) are barely hanging around the conversation for an NCAA Tournament at-large bid and are doing themselves no favors by dropping back-to-back games against Big East doormat teams Georgetown and Butler. Seton Hall scored a season-low 26 points in the second half against Butler on Wednesday.

The Tigers (14-7, 7-7 SEC) have now lost four of five following Tuesday's home loss to bubble team Ole Miss. This recent skid came on the heels of being named one of the top-16 teams in the NCAA Tournament selection committee's month-early reveal. Now, Missouri is closer to a No. 6 seed and continuing to drift downward. Coach Cuonzo Martin's group isn't the best defensive team in the country (ranking 211th nationally in points allowed) and it doesn't help when the Tigers aren't shooting well from beyond the arc, which happens often – Missouri ranks 268th in 3-point field goal percentage.