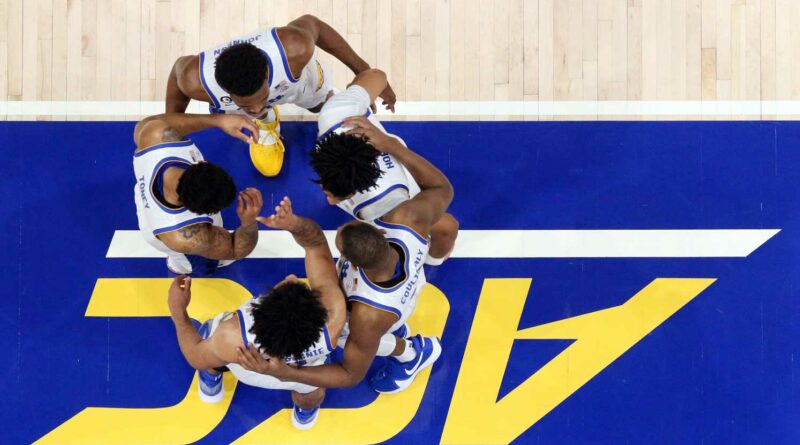 The men's college basketball season is entering its crunch time phase with just a little over three weeks remaining in the regular season before the 68 teams will be selected for the NCAA Tournament on Selection Sunday.

Each win or loss matters for seeding purposes as well as inclusion/exclusion purposes. The NCAA selection committee doesn't look at conference standings, but the strength of an overall league is based off of how many tournament-worthy teams exist to increase résumé-boosting opportunities.

In the ACC, there's usually ample room to bolster an NCAA portfolio. Not this year.

The league is heading for a historically bad year, with the potential to be without a top-three seed for the first time.

The ACC has the fourth-worst NET (NCAA Evaluation Tool) average among the seven power conferences and is barely ahead of the other three — the Big East, Pac-12, and American Athletic. That means that it's not just blue-bloods Duke and North Carolina — two bubble teams that have made frequent appearances on the misery index — that are struggling in the ACC.

The Cavaliers (15-4, 11-2 ACC) are hardly in trouble, but Monday's 21-point loss to Florida State was alarming considering it was the most points allowed (81) since UVA's nation-leading defense lost to No. 1 Gonzaga and allowed 98 points Dec. 26. Coach Tony Bennett's team needs to control the tempo and remain disciplined to play championship basketball. Otherwise it can lose to younger, more athletic teams like FSU or a similarly-built mid-major squad in the NCAAs. Virginia is still out front in a disappointing season for the ACC, but the Seminoles are close behind in the conference race.

The Panthers (9-8, 5-7 ACC) are playing themselves off the NCAA Tournament bubble — in the wrong direction. Pitt has lost three games in a row, the latest a one-point setback to ACC doormat North Carolina State. That leaves little room in the last three weeks for this team to play itself into the postseason equation. The Panthers' NET score of 81 isn't going down any time soon in ACC play and a non-conference strength of schedule of 301 will stand out to the NCAA selection committee.

Pittsburgh Panthers players huddle on the court before a free throw against the Syracuse Orange during the second half at the Petersen Events Center. Pittsburgh won 96-76. (Photo: Charles LeClaire, USA TODAY Sports)

After beating SEC leader Alabama, the Tigers (13-6, 6-6 SEC) have lost three consecutive games to see their projected seed slip from a No. 3 to a No. 5. That's the opposite type of momentum coach Cuonzo Martin wants. The common theme in the last string of losses has been poor shooting. When leading scorer Xavier Pinson goes cold, as he did in setbacks to Georgia (1-for-7 from three) and Ole Miss (0-for-5), this group loses its footing. On the season, Mizzou ranks 288th in three-point field goal percentage.

The Gators (10-6, 6-5 SEC) have lost two in a row, including to South Carolina, with a postponement sandwiched in between. Coach Michael White's squad is sitting at a comfortable No. 7 seed in the latest bracketology projection but the next three-week stretch could determine whether Florida drifts toward a top-four or top-five seed range or closer to the bubble. This team has wins over West Virginia and Tennessee, so beating top-tier teams is within its capability. Finding consistency heading into March will be key.

The Spartans (10-9, 4-9) are usually near the top of the Big Ten standings this time of year but find themselves in 11th place of 14 teams. Coach Tom Izzo hasn't been able to establish the team's core identity and it's shown in back-to-back losses. MSU has lost five of seven but has shown flashes of potential, namely in a Jan. 16 win over projected No. 1 seed Michigan. Right now it's just careless mistakes and inefficiency that are hurting the Spartans, as they rank 226th nationally in turnover margin.

The Gophers (13-9, 6-9 Big Ten) lost a road game to fellow bubble team Indiana this week and it's those type of games that could be disguised elimination games in the eyes of the selection committee. The momentum isn't favoring Minnesota, losers of five of the last seven, but if a team will be able to squeeze into the field of 68 with a losing conference record it will be a team from the Big Ten. Coach Richard Pitino's group just needs to capitalize on Quadrant 1 (top-25 home, top-75 road) opportunities.

The Aggies (14-6, 11-3) might be near the top of the Mountain West Conference standings, but they're going to have to beat fellow MWC bubble teams if they want to go dancing. After a nearly two-week break, Utah State lost to bubble squad Boise State on Wednesday and now needs to put together a late-season run to stay in reach of an at-large bid.

Can someone, anyone, guard Tyreek Hill?