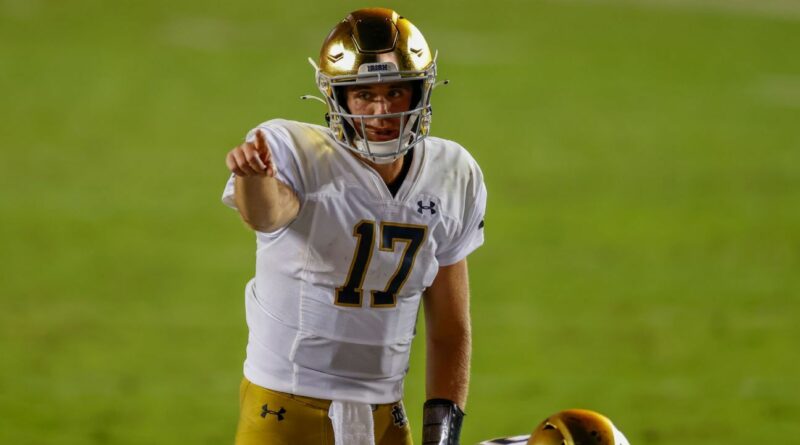 With the first full weekend of the college football season in the books, the bowl projections have undergone a shakeup.

In addition to predicting the matchups for every single bowl game, Mark Schlabach and Kyle Bonagura provide key analysis on their playoff picks, most intriguing bowl matchup, coaches under pressure to make a bowl, fast-rising teams that could make a New Year’s Six push and more.

Bonagura: Alabama is the easy choice at No. 1 after the Crimson Tide rolled Miami, 44-13. The only choice was where to put them: the Orange Bowl or the Cotton Bowl. Let’s assume Orange. After beating Clemson, Georgia clearly belongs in the top four and under no circumstance would it play Alabama in a semifinal, so the Dawgs go to the Cotton Bowl. Neither Oklahoma nor Ohio State played as well it would have liked in Week 1, but they’re still the teams best positioned to grab the other spots. Ohio State’s 45-31 win at Minnesota trumps Oklahoma’s 40-35 home win against Tulane, therefore the Buckeyes avoid Alabama.

Schlabach: Defending national champion Alabama and Georgia were the most impressive teams to me in Week 1. The Crimson Tide, despite having to replace starting quarterback Mac Jones, Heisman Trophy winner DeVonta Smith and a plethora of other players on offense, didn’t miss a beat with Bryce Young under center. The Tide’s defense is going to be salty too. Georgia’s offense wasn’t nearly as good against Clemson, but I think it will be better once players like receiver Kearis Jackson and tight ends Darnell Washington and John FitzPatrick are healthy. Kirby Smart and offensive coordinator Todd Monken were pretty conservative on offense against Clemson once they saw what kind of game it was going to be. I think we’ll see more downfield passing from the Bulldogs against UAB this week. Ohio State and Oklahoma both had growing pains on defense in their openers, but I still think they’re the next two teams in line.

Could all four NFC West teams make the 2020 NFL playoffs?