The first College Football Playoff rankings were unveiled on Tuesday, and that first set — more than any other until the last one — comes with the biggest overreactions. Of course, it has to do with the Southeastern Conference and that oft-retreaded notion of “SEC bias.”

No. 1 Alabama, No. 3 LSU and No. 6 Georgia give the conference three teams in the top six (No. 9 Kentucky gives them four of the top 10). That’s great news for the SEC when you consider that only two teams have made the Playoff that didn’t open in the top six. That was Ohio State (2014) and Michigan State (2015).

The SEC, which put two teams in the Playoff last season, has multiple teams in the opening top four for the fifth consecutive year. That starts with Alabama, which is in line to make the Playoff for a fifth straight time. That’s not a surprise. Georgia’s spot isn’t either.

What might raise some eyebrows is the fact LSU — which lost 27-19 to Florida on Oct. 6 — is the highest-ranked one-loss team, higher than No. 4 Notre Dame, which is still undefeated. That move, however, isn’t surprising at all. Putting No. 9 Kentucky ahead of No. 10 Ohio State adds a little more to the heart of that debate. Still, the Buckeyes have a worse loss on their schedule as of now.

Putting No. 11 Florida, a two-loss team, ahead of No. 12, undefeated UCF, is just rubbing it in. No Group of 5 team has started in the top 10. That’s going to feed into the “SEC bias” narrative as usual, but the rankings can’t be that unexpected. It also adds some more TV value to Saturday’s Georgia-Kentucky and Alabama-LSU showdowns.

Is that narrative justified? These rankings do leave the wiggle room that the Crimson Tide could get in with either a loss to the Tigers or in the SEC championship game — but that is not is not a new development. It’s going to take two losses to knock Alabama out of the Playoff no matter where they are slotted now. The pileup of SEC teams at the top also isn’t that different than the AP Top 25 — which has seven teams in its rankings.

Plus, it’s really a gap between the SEC, Big Ten and everybody else. Consider the number of teams by conference that have opened in the top 10 of the Playoff rankings the last five seasons, and here is the final tally:

The beef really comes with the Big Ten, which hasn’t got its champion in the Playoff either of the last two seasons, and the SEC, which became the first conference to get two teams in last season. The SEC hasn’t had that many more top-10 teams in the first rankings than the Big Ten. Those two conferences, however, have everybody else beat.

Tuesday’s rankings aren’t going to change that argument. Ohio State and Michigan need to win out to get in, and if the Big Ten falls off it opens that door for two SEC teams a little more. That is the takeaway from Tuesday’s first rankings.

The SEC has the most legitimate Playoff contenders with four weeks to go, and they are the conference most likely to have a team in. There is nothing new about that development.

Other observations from Tuesday’s rankings:

UCF is in trouble

We speculated last week that UCF had to be No. 8 or higher to have a legitimate chance of making the College Football Playoff. The fact the Knights are at No. 12 — behind the one-loss Gators — is a trouble spot. This foreshadows that, even if there is more chaos, the committee would probably be willing to take a two-loss Power 5 champion over an undefeated UCF.

Ohio State is, too

The fact the Buckeyes opened at No. 10 isn’t a deal-breaker. After all, Ohio State opened at No. 16 when it won the national championship in 2014, and the Buckeyes have been a center of hot Playoff debate every year since. They won that debate in 2016 and lost it last year. This would be no different, but it is going to be difficult to overcome that 49-20 loss to Purdue on Oct. 20. Putting Kentucky and Washington State ahead of Ohio State made that clear.

MORE: Prepare for these CFP debates

On Saturday, we wrote about how the pressure is on No. 5 Michigan and No. 10 Ohio State to win out and win big. The committee also likes No. 16 Iowa, and that is the team both the Wolverines and Buckeyes should be rooting for to reach Indianapolis. Ohio State could try to avenge last year’s loss, and the Wolverines could try to avenge a loss from 2016. The committee clearly sees the two-loss Hawkeyes as the best team from the Big Ten West. So do we.

Washington State is No. 8, and that is a great sign for the Pac-12. Oregon (2014) and Washington (2016) both opened at No. 5 when they made their respective runs to the College Football Playoff. The Cougars simply must continue winning Pac-12 eliminator games to have a chance, and that’s certainly a possibility. It has to a be a pleasant surprise for the conference deemed least likely to get a Playoff team. 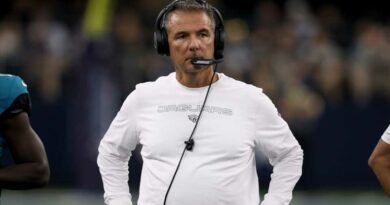 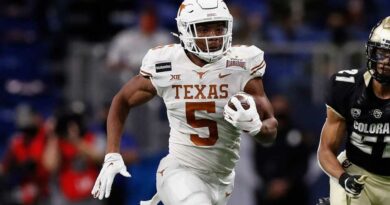 Who is Bijan Robinson? Meet the Texas running back on cusp of sophomore superstardom 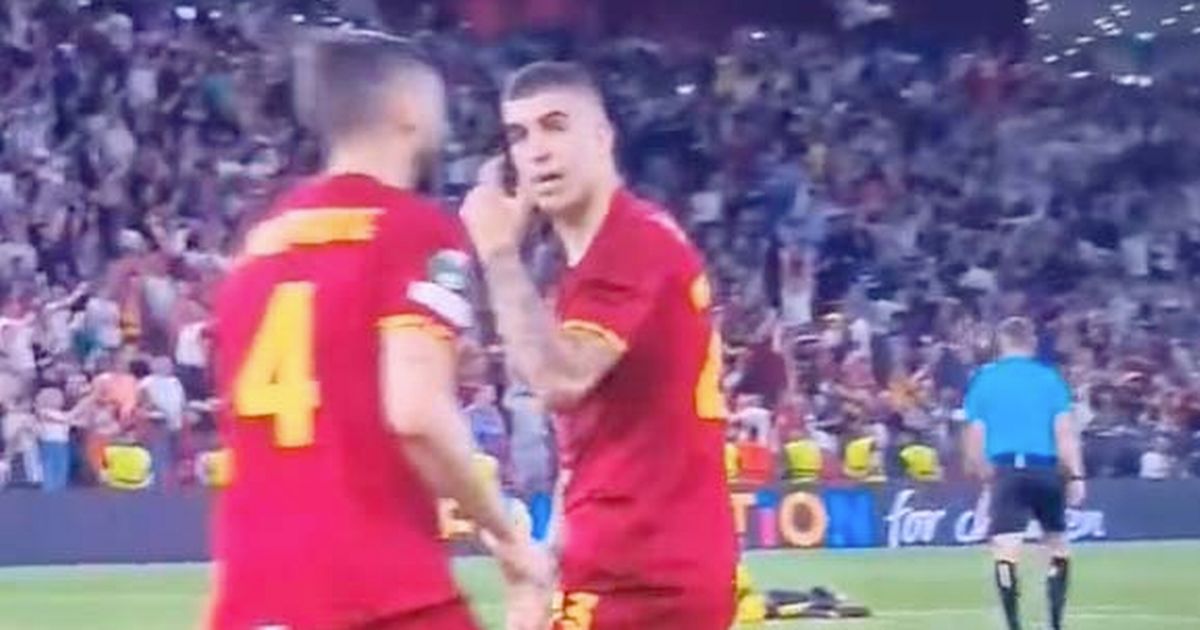