As expected, Ohio State drops in these rankings after a loss to Purdue, but the loss isn’t as devastating as you might have expected. Each loss is worth -3 points, and while the Buckeyes only had a lead of 0.2 points on Texas in last week’s rankings, the gap between it and No. 5 Florida was 4.8 points, so it only drops a spot with Michigan the new No. 5 after its win over Michigan State.

This is why Ohio State should not be considered dead in the water when it comes to the College Football Playoff. The Purdue loss certainly hurts, but Purdue could prove to be a much better team than its current record suggests. The bigger problem for Ohio State might be the TCU win looking less relevant with each passing week.

Here’s how the rest of this week’s top 10 shakes out. If you aren’t familiar with how we compile these rankings, you can read the explanation here.

Hall of Fame announces modern-era finalists for Class of 2020 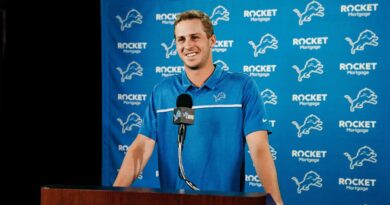