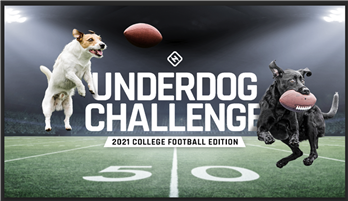 Opening week was fairly kind to your beloved panel of Underdog experts here at Sporting News, which fared better than the Clemson offense but not quite as well as Iowa’s whole team.

Speaking of Iowa, we now turn our attention to Week 2, when one of the showcase games features the Hawkeyes waging football warfare against Iowa State for the beloved Cy-Hawk Trophy.

As a reminder as to how this contest works: Each panelist picks three upsets and is awarded as many points as the team was an underdog if he is correct. We all managed a win in Week 1. Let’s see who can keep it up.

On to the upsets.

The Bulldogs looked like they were going to lose their opener, then Will Rogers led a 17-point comeback against Louisiana Tech. N.C. State presents a far greater challenge with Zonovan Knight, and this has the potential to be one of the more entertaining games of the day. Still, the Wolfpack are 2-8 in their past 10 games against SEC schools. Why not take a chance on Mike Leach here?

The Utes have dominated this series with nine straight victories, and that includes a 30-12 victory in 2019. Transfer quarterback Charlie Brewer will get his first taste of the rivalry, and this installment of the Holy War won’t disappoint. In this one, Jaren Hall leads an upset, perhaps in dramatic fashion.

The Owls are the more talented team, but they are coming off a loss to Florida in which the offense didn’t get going until the second half. Georgia Southern will test their patience with a rushing attack that rushed for 365 yards on 5.6 yards per carry. If FAU gets off to a slow start here, it could mean trouble.

So the Huskies went down to Georgia Tech in the first week and managed a narrow victory, and now they’re getting almost a touchdown at home against the (not Dallas) Cowboys? Am I reading that right? My answer to that generous offer has to be: Yes, please.

Perhaps in their dismal opening performance, the Cyclones merely were looking ahead to this fierce rivalry. That happens. And perhaps winning by just six points against an FCS team is enough to convince the Cyclones that they maybe need to play better. But Iowa flat destroyed Indiana in their mutual opener. That may not carry over, but it does suggest that the Hawkeyes are capable of this upset.

So obviously Birmingham believes in Texas football, but apparently Vegas does not. Even after the Horns blew away the number in their opening victory over Louisiana, they still are favored by only a smidge against one-time rival Arkansas. Are the books trying to tell us something? I’m listening, but maybe for the last time.

Coastal Carolina and Louisiana rightly grabbed all the Sun Belt headlines last year, but App State still went 9-3 and has 17 starters back. At QB, Chase Brice arrives via Duke and Clemson and threw for 259 yards and two TDs in a win over East Carolina. Miami is going to be moping around after an ugly loss to Alabama. This is the Mountaineers’ Super Bowl.

This game has been discussed as a pivot point in the SEC East hierarchy all summer, and it feels like a toss-up. Missouri’s defensive line and quarterback will make the difference, no matter how many banana peels Kentucky QB Will Levis eats.

Look, while Vandy is my alma mater, you can’t accuse me of being a homer when I dumped an “F” on Clark Lea’s debut. But as bad as Vanderbilt played, Colorado State was no better in a 42-23 loss to South Dakota State. So both teams have FCS losses on the resume. Give me the SEC team in Lea’s second chance to make a first impression.

We all know how potent Army’s triple-option offense is: The Christian Andersen-led unit ground Georgia State down with 67 carries and 258 rushing yards in a 43-10 win. But Western Kentucky showed that it can put up points in a hurry with a 59-21 victory over Tennessee-Martin. Quarterback Bailey Zappe had a career day, completing 28 of 35 passes for seven touchdowns to five different receivers. The Hilltoppers’ offense can keep them in this game, especially if the defense can keep Army out of the end zone.

Is it an upset if the underdog claims the past five wins in the series? Either way, No. 10 Iowa should feel confident heading into the latest Cy-Hawk Trophy game. The Hawkeyes lack the starpower of Iowa State’s Brock Purdy and Breece Hall, and still dominated a ranked Indiana team on both offense and defense in Week 1. Conversely, the Cyclones were flat in a 16-10 win over Northern Iowa, scoring only one touchdown all game. It’s possible that they were looking ahead to this game, but I’m not picking against Iowa twice in two weeks.

Utah’s 40-17 win over Weber State looks better on paper than BYU’s 24-16 victory over Arizona — but let’s not pretend those Wildcats teams are built the same. BYU quarterback Jaren Hall, running back Tyler Allgeier and receiver Neil Pau’u all had good games against Arizona and will need more of the same against Utah. But coach Kalani Sitake, fresh off leading the Cougars to an 11-1 season, has this team used to winning. That’ll make the difference in a close Holy War matchup. 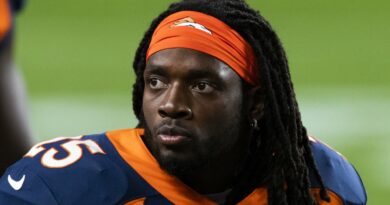 Will Parks could have a market for his services as FA 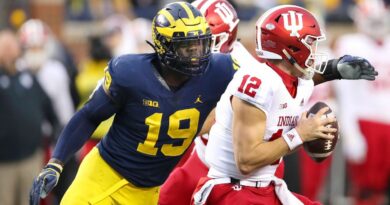