Coach Frank Reich told reporters that the three-time All-Pro linebacker was absent from mandatory minicamp due to a procedure he’s having on his back.

Reich expects Leonard to miss the early portion of training camp, but the team believes he’ll be ready for the regular season.

“Not sure on the timetable now, but in my mind, as long as he’s ready for the regular season, I’m not concerned,” Reich said, via Olivia Ray of WISH-TV.

Given the timeline, it’s possible Leonard could start training camp in late July on the physically unable to perform list.

Anyone who has dealt with a back issue can tell you it’s debilitating. For a collision-inducing linebacker like Leonard, any issue would be exponentially painful.

A tackling machine, Leonard has earned more than 121 tackles in each of his four seasons. The 26-year-old played through an ankle injury that required surgery last offseason and still earned 122 tackles en route to All-Pro and Pro Bowl honors in 2021. 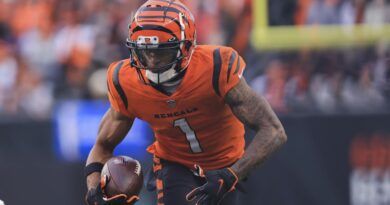