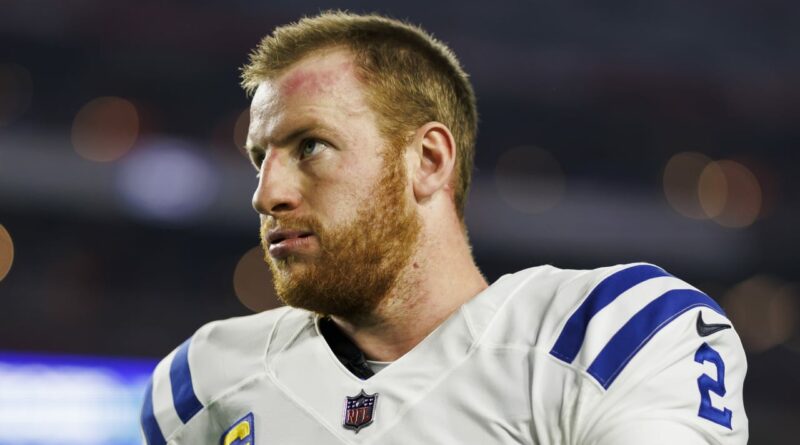 The Colts are facing the possibility of not having their quarterback in Week 17.

﻿Carson Wentz﻿ has been placed on the reserve/COVID-19 list, the team announced Tuesday.

Wentz is not vaccinated, meaning he’ll miss a minimum of five days if deemed a high-risk close contact. If he tested positive, he’ll be out for 10 days, according to the NFL’s COVID-19 protocols.

Tuesday’s placement would leave Wentz with a chance to test negative Saturday and still be available for Sunday’s game against the Las Vegas Raiders, who currently trail Indianapolis (9-6), New England (9-6) and Miami (8-7) in the wild-card race. Las Vegas also sits behind Baltimore (8-7) and the Los Angeles Chargers (8-7), making Sunday’s game a must-win for the Raiders.

The Colts trail the Tennessee Titans (10-5) by one game in the AFC South standings, but could jump the Titans in the divisional race if they win out and Tennessee loses each of its final two games. If Tennessee wins in Week 17, they’ll clinch the AFC South, even if Indianapolis also wins out.

Such a task will be difficult to accomplish without Wentz, if he’s not available to play Sunday. Indianapolis lists ﻿Sam Ehlinger﻿ as Wentz’s backup, and has ﻿Brett Hundley﻿ and James Morgan on its practice squad.

Wentz has had an up-and-down first season in Indianapolis, one characterized no better than in the last two weeks, a span in which the Colts won a game with Wentz completing just 5 of 12 passes in Week 15, then relying on Wentz’s arm to lead them to a victory over the Arizona Cardinals on Christmas.

Thanks to Jonathan Taylor’s stellar season, the Colts haven’t always needed Wentz to play well to win. This would again seem to be the case against one of the league’s worst run defenses in Las Vegas, though Wentz’s potential absence would logically prompt the Raiders to focus primarily on stopping Taylor and the Colts’ rushing attack.

Arizona took a similar approach in a game in which the Colts also did not have three of its five starting linemen, then lost tackle Eric Fisher to injury, requiring Wentz to throw the Colts to a win.

Without Wentz, the going simply gets tougher for the Colts. We’ll continue to monitor his status as the week progresses. 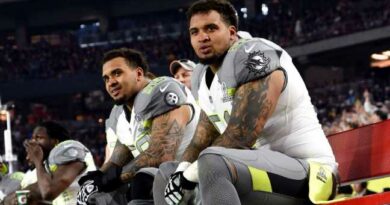