Washington Commanders owner Dan Snyder again declined to appear at a U.S. House Committee on Oversight and Reform hearing set for this Wednesday at 10 a.m. ET.

Snyder’s attorney, Karen Patton Seymour, sent a letter to the leaders of the House Committee on Oversight and Reform on Monday informing the committee of Snyder’s decision.

“Mr. Snyder’s business conflict was scheduled long before then and cannot be rescheduled,” Seymour said, per ESPN.com. “Moreover, your letter’s suggestion that Mr. Snyder may testify remotely does not address my concern that a virtual appearance would not sufficiently protect Mr. Snyder’s interest in having his counsel physically present with him.”

Seymour added: “The Snyders and the Team remain fully willing to cooperate with the Committee, and are eager to share the cultural transformation undertaken by the Commanders if the Committee is interested in obtaining that information in a manner consistent with appropriate due process and fairness protections.”

The notice came in response to a Friday letter from Chairwoman Carolyn Maloney, D-N.Y., urging Snyder to testify at Wednesday’s hearing.

“If Mr. Snyder was truly committed to cooperating with the committee’s investigation, he would have accepted the Committee’s invitation to testify about the Commanders’ toxic workplace culture,” the committee said on Monday in a statement obtained by NFL Network’s Tom Pelissero. “As the Chairwoman’s letter made clear, the committee has been more than accommodating — even allowing Mr. Snyder to testify remotely from France. His refusal to testify sends an unmistakable signal that Mr. Snyder has something to hide and is afraid of coming clean to the American public and addressing major worker protection concerns facing the NFL. The committee will not be deterred in its investigation to uncover the truth of workplace misconduct at the Washington Commanders.”

Congress invited Snyder and NFL Commissioner Roger Goodell on June 1 to attend the hearing, which is part of its investigation into the team’s workplace conduct.

Pelissero reported last week that Goodell accepted the committee’s invitation and will testify virtually on Wednesday. That same day Snyder responded to Congress with a letter from his attorney, which explained that Snyder “has a longstanding Commanders-related business conflict and is out of the country on the first and only date the Committee has proposed for the hearing.”

Congress launched an investigation into the Washington franchise’s workplace misconduct in Oct. 2021 after the league did not release a report detailing the findings of an independent probe into the matter. 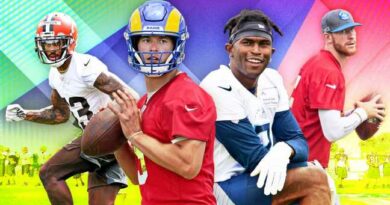 NFL offseason in review: Which teams hit their goals, plus biggest remaining questions for all 32

Doug Pederson on dropped passes vs. Lions: ‘We have trust in our players’ 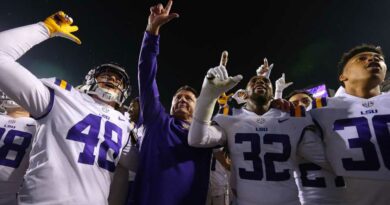 Ed Orgeron won’t coach LSU in bowl game: ‘I wish them all the luck in the world’