Home » NFL » Cowboys DC Dan Quinn not focused on game vs. Falcons: 'We got some s— to fix' on defense 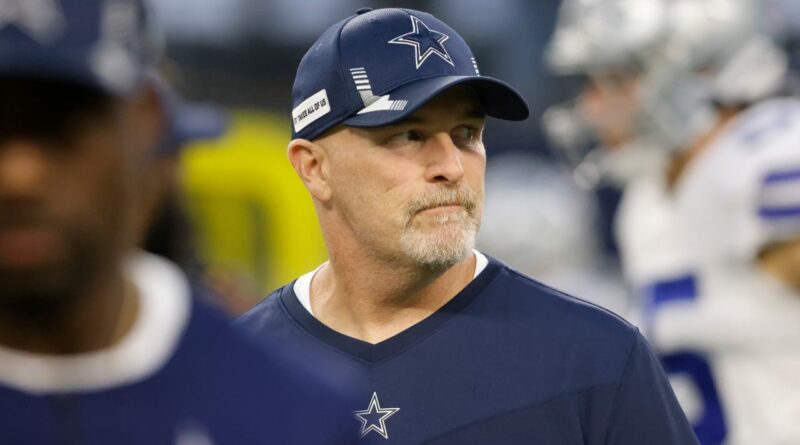 Dan Quinn spent five-plus seasons as the head coach of the Atlanta Falcons.

It’s those missed tackles and the other work at hand for the Cowboys defense that Quinn wants to focus on in the week ahead rather than the Week 10 reunion with his former team.

“Well, I think, No. 1, I have great memories for there and I always will. I think a lot of the really cool things we accomplished there and there were a lot of them versus how it ended. And I think that’s an important declaration. I certainly be forever grateful to [Falcons owner] Arthur [Blank] to give me the opportunity there and to all the players I had the privilege to coach,” Quinn said during Monday’s news conference. “But you guys saw the performance yesterday, so there isn’t no time to take a stroll down memory lane, like we got some s— to fix. I’ll be right where my feet are, right where I’m supposed to be, going after it as hard as we can, worrying about the jerseys I coach now.”

Dallas had a six-game winning streak snapped on Sunday in a 30-16 loss to Denver, with those 30 points standing as the most the defense has given up since a season-opening 31-29 defeat to the Buccaneers. The Cowboys had zero takeaways and allowed 407 yards of offense to the Broncos, who scored the game’s first 30 points.

It was hardly a showing emblematic of Quinn’s work so far in turning around a Dallas defense that was laughable last season and entered Week 9 as the No. 19 defense overall and No. 16 scoring defense. Neither of those ranks are stellar, but improvements from a season ago have been plentiful, and the team was coming off a Week 8 win over the Vikings in which the Cowboys defense gave up a season-low 16 points.

So, there is work to be done if Quinn and Co. want to hold back his old Falcons squad, which is coming off an impressive upset of the Saints.

Thus, Quinn is steadfast in looking ahead and not looking bad. It’s an approach he’s taken for quite some time.

Quinn compiled a 43-42 record during his time with the Falcons, which was highlighted by a run to Super Bowl LI and came to an end after a 0-5 start to the 2020 season that followed back-to-back 7-9 campaigns.

Now, Quinn has been a driving force in the Cowboys realizing their potential so far this season with a 6-2 start. And when the Cowboys look to bounce back at home on Sunday against the Falcons, Quinn will find himself right where he believes he’s meant to be.

“This is my team, this is who I’m with. This is my crew,” Quinn said. “Like I said, I will always think of the memories, but I’m right where I’m supposed to be.”