Aikman, who now serves as an NFL analyst for FOX Sports, knows his former team very well and recently said this year’s Cowboys team reminds him of the Super Bowl-winning team that he led in 1992.

"They’re having to go one more game than what we did — we were the No. 2 seed and all — but I just think with their youth kind of doing it even though they went to the playoffs a couple of years ago, this team has a much better feel to it," Aikman said, via the Star-Telegram. "They’re going in with great confidence too having won the playoff game."

The 2018 Cowboys earned the NFC East divisional crown after finishing the regular season with a 10-6 record. The Cowboys defeated the Seattle Seahawks in the opening round of the playoffs to advance to the NFC Divisional Round, where they will face the Los Angeles Rams on Saturday at the LA Memorial Coliseum.

Dallas’ season combined an efficient offense, which ranked 10th in rushing and 23rd in passing, and one of the league’s top defensive units, which finished seventh overall and fifth against the run.

For comparison, Aikman’s 1992 team finished with a 13-3 record and ranked fourth in total offense and first in total defense.

But much like the 1992 team, whose offense was anchored by Aikman, running back Emmitt Smith and wide receiver Michael Irvin, the current Cowboys boast a modern version of The Triplets with Dak Prescott, Ezekiel Elliott and Amari Cooper.

Statistics and comparisons aside, Aikman likes what he sees out of the current Cowboys and points out the lower seeded teams advancing to the next round can play looser than the teams expected to meet lofty goals.

"I do believe that these teams, these wild-card winners, going into the Divisional Rounds, go into the game early with less pressure on them," Aikman said. "I think the pressure is on the [No.] 1 and 2 seeds."

Ramsey, in latest turn, leaves for birth of child 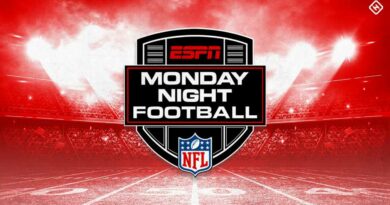 Why aren’t there two ‘Monday Night Football’ games in Week 1 this season?