Dak Prescott’s injury caught the sports world’s attention in Week 5 of the 2020 NFL season for a number of reasons. The visual was disturbing. He’s a franchise quarterback. He plays for the Dallas Cowboys.

It also reminded NFL fans of injuries in the past, of Alex Smith and Joe Theismann. Some of the worst-looking injuries in NFL history were fully recovered from, while others were career-ending. This is a look at which players recovered fully from their horrific injuries and which didn’t.

Note: Each description below includes a link to the injuries themselves. Each is graphic and should only be watched at your own risk. 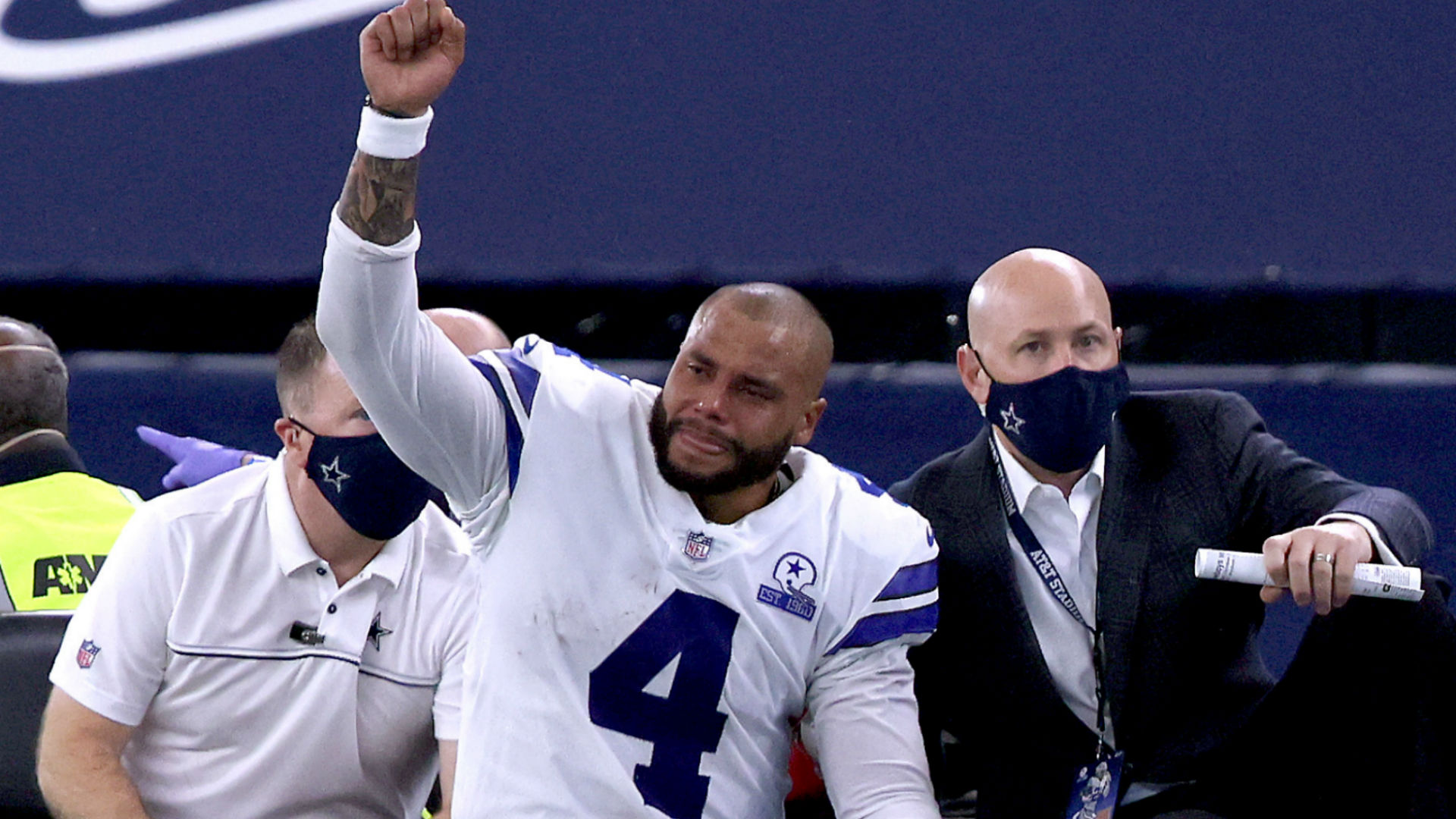 Injury:Prescott scrambled against the New York Giants in Week 5 of the 2020 NFL season. As he was tackled, his right leg tucked underneath his body at an unnatural angle, and the appearance was that his foot snapped. Prescott suffered a compound ankle fracture and dislocation.

Recovery:To be determined, although the reported timetable for recovery is four-to-six months. 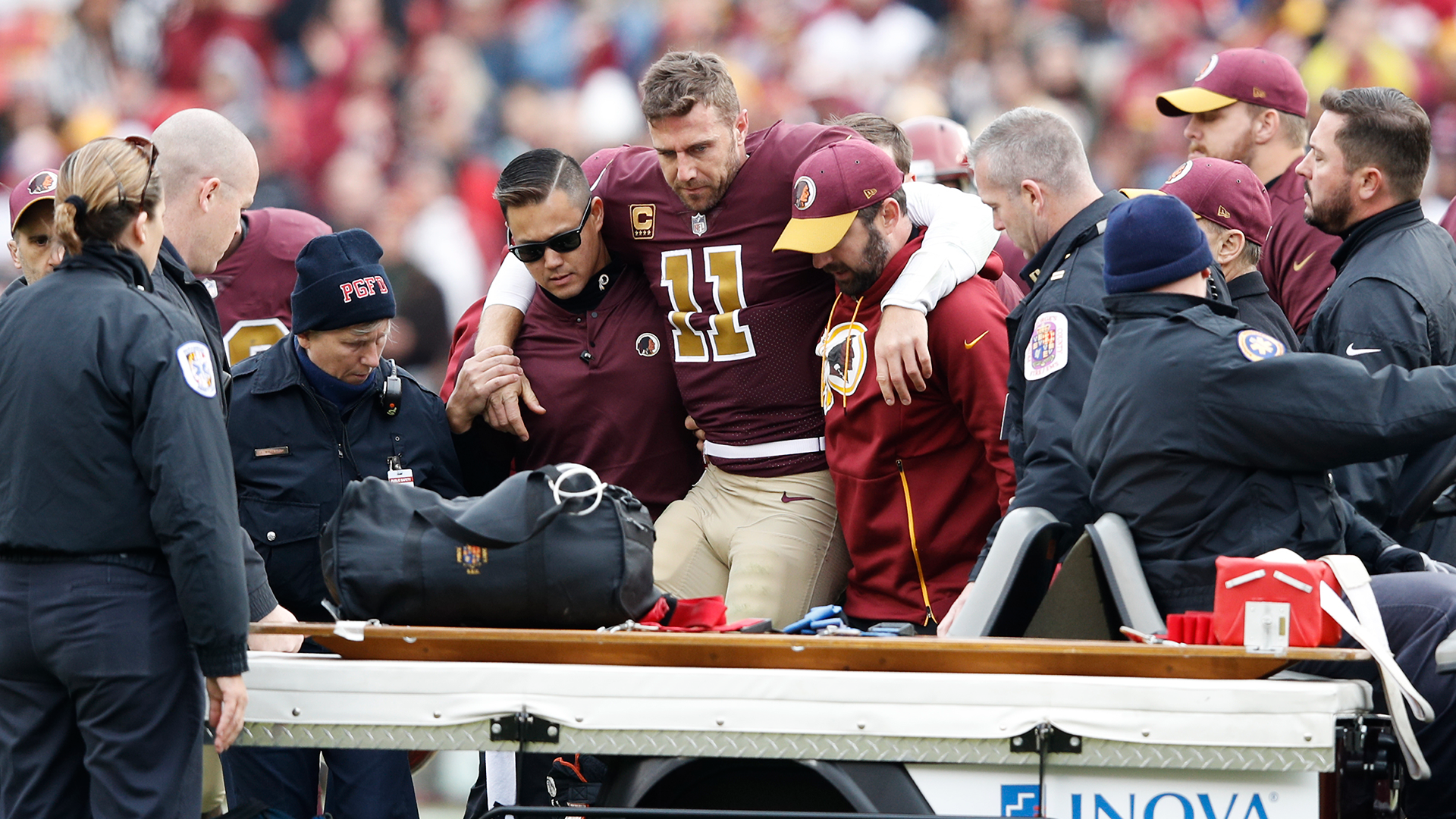 Injury:Smith’s offensive line didn’t hold up as the Texans rushed the quarterback. Smith decided to try and run directly away from the line of scrimmage to escape, but two tacklers reached him and brought him to the ground. Smith’s right leg snapped out of place. He suffered a spiral and compound fracture to his right tibia and fibula.

Recovery:Smith took nearly two years to return to an NFL game, which he did in Week 5 of the 2020 season. He required 17 surgeries due to complications with the injury, which included a life-threatening bacterial infection. 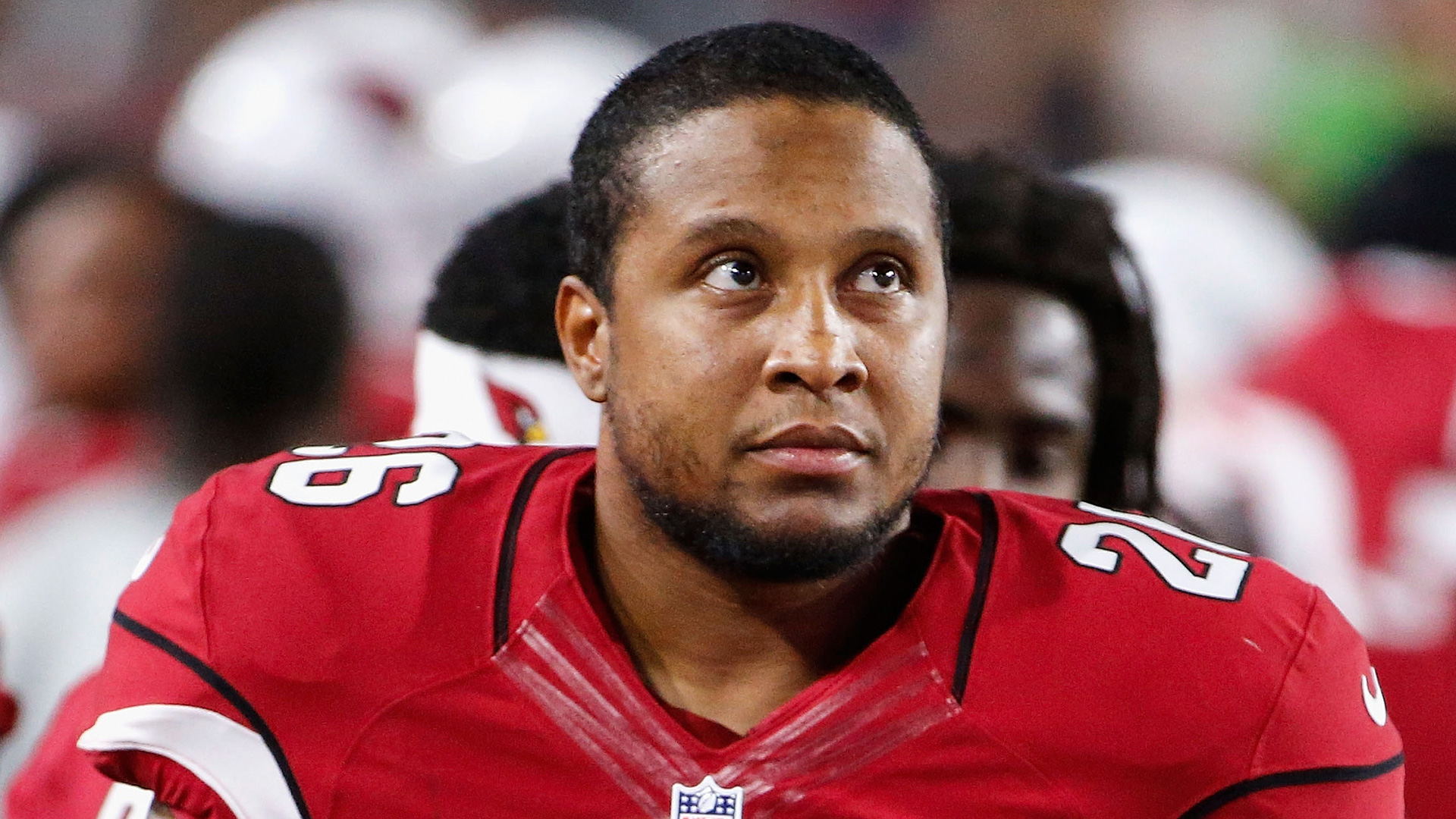 Injury:Johnson lost the tip of his left middle finger in a game for the Cardinals against the Saints. The safety believed his finger was driven into the turf at the Superdome and snapped off. When trainers took off his glove, they found the finger severed just above the knuckle.

Recovery:Doctors stitched up the wound and Johnson was only week-to-week with the injury. There were no plans to reattach the rest of the finger, but it was a bizarre injury more than one that impacted his future football playing. 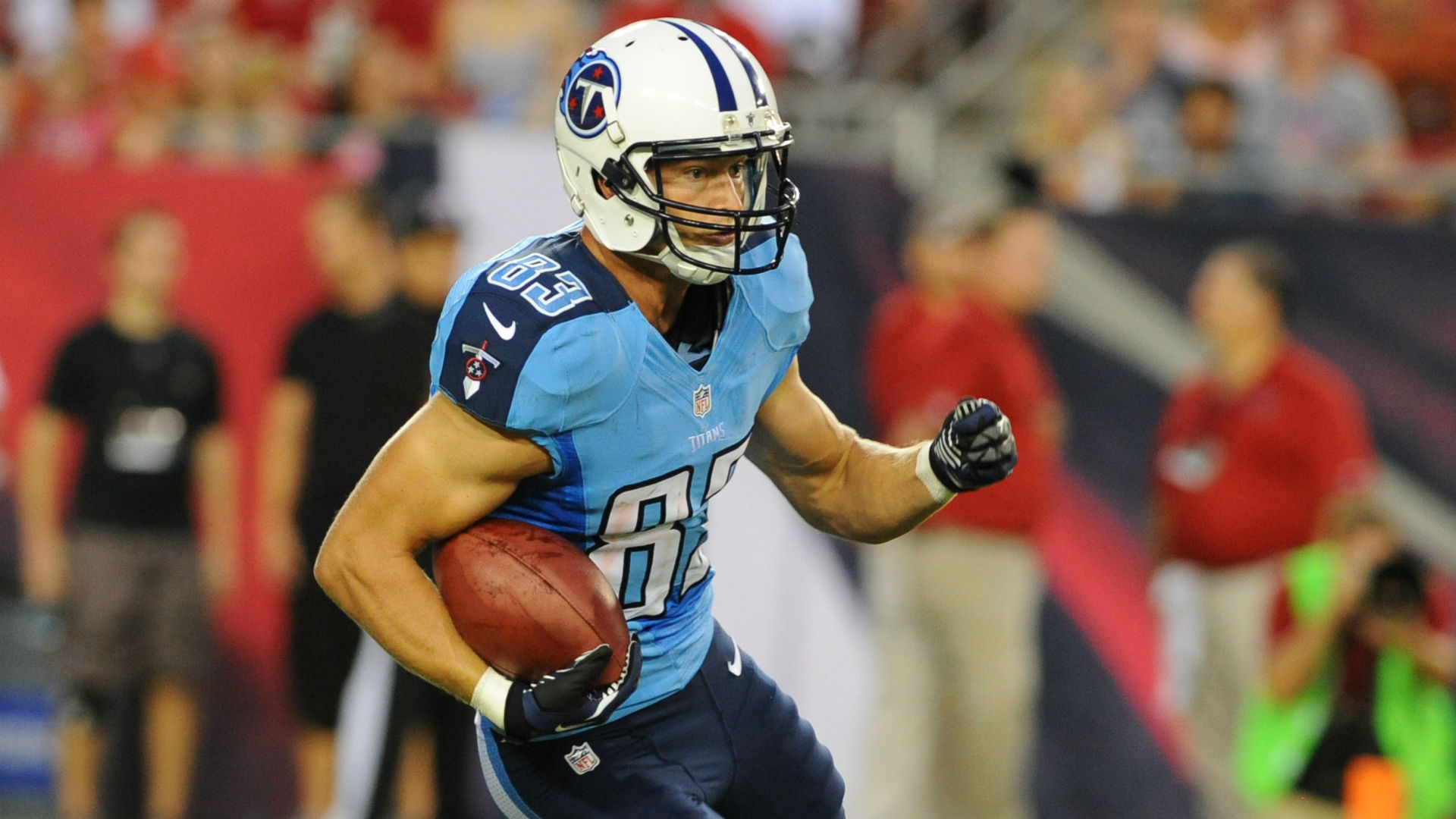 Injury:On a kick return in the 2012 preseason, Mariani brought the ball up the left sideline when he reached a scrum of players and was brought down. His left leg snapped at an unnatural angle. Mariani had suffered a compound fracture of his lower left leg.

Recovery:Mariani didn’t play at all during the 2012 or 2013 seasons as he recovered from his injury. He returned to play three more NFL seasons as a return man, and his kickoff return average resembled what it was before the injury. 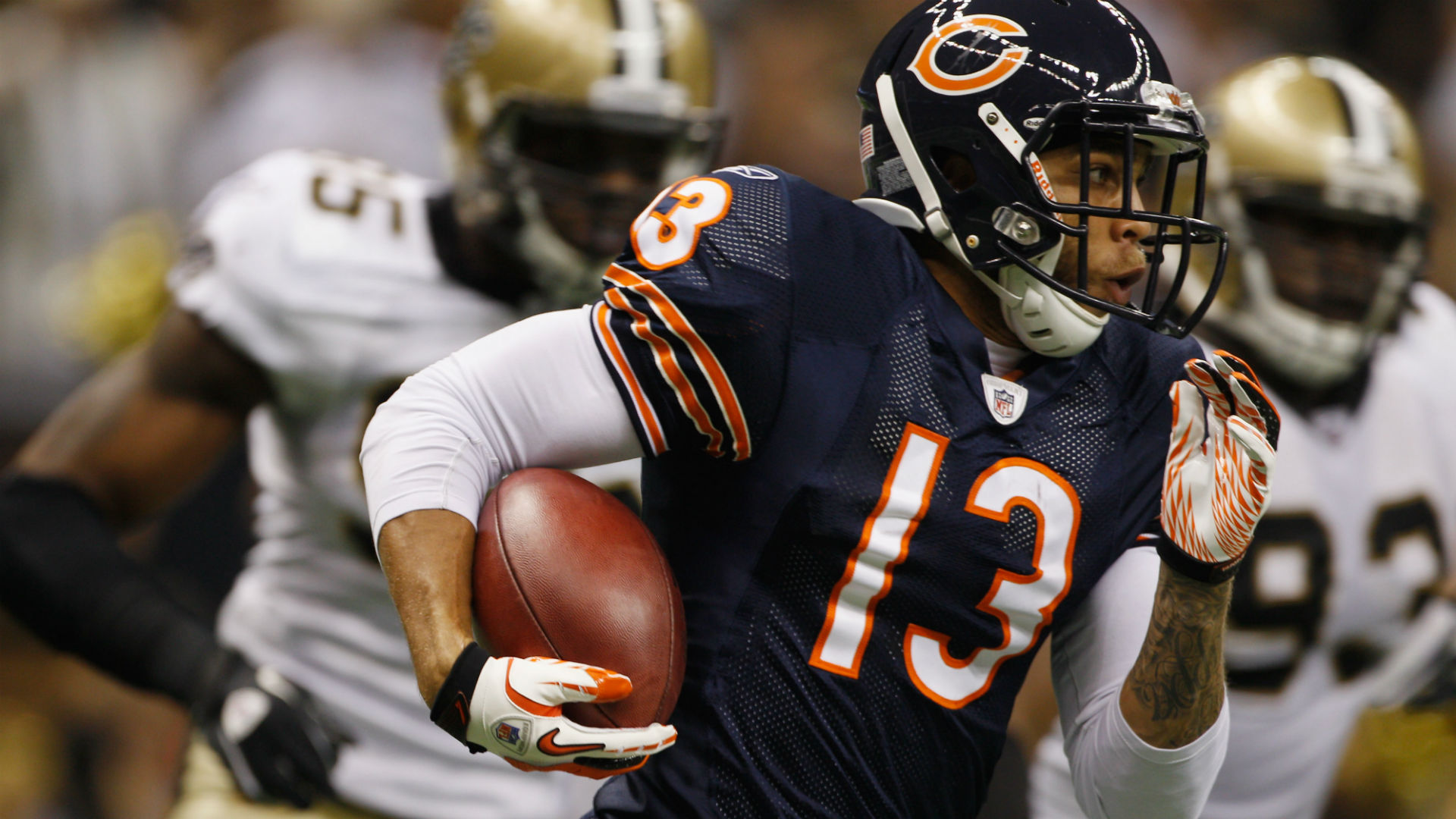 Injury:Knox caught a pass over the middle before being brought down toward the ground. A tackler attempting to go low from behind the play ends up hitting Knox in the head area because Knox had already begun to be tackled. He sufferedan injury to the vertabrae in his spine.

Recovery:Knox never played another NFL game. More than a year later, he still walked with a limp and couldn’t stand comfortably. 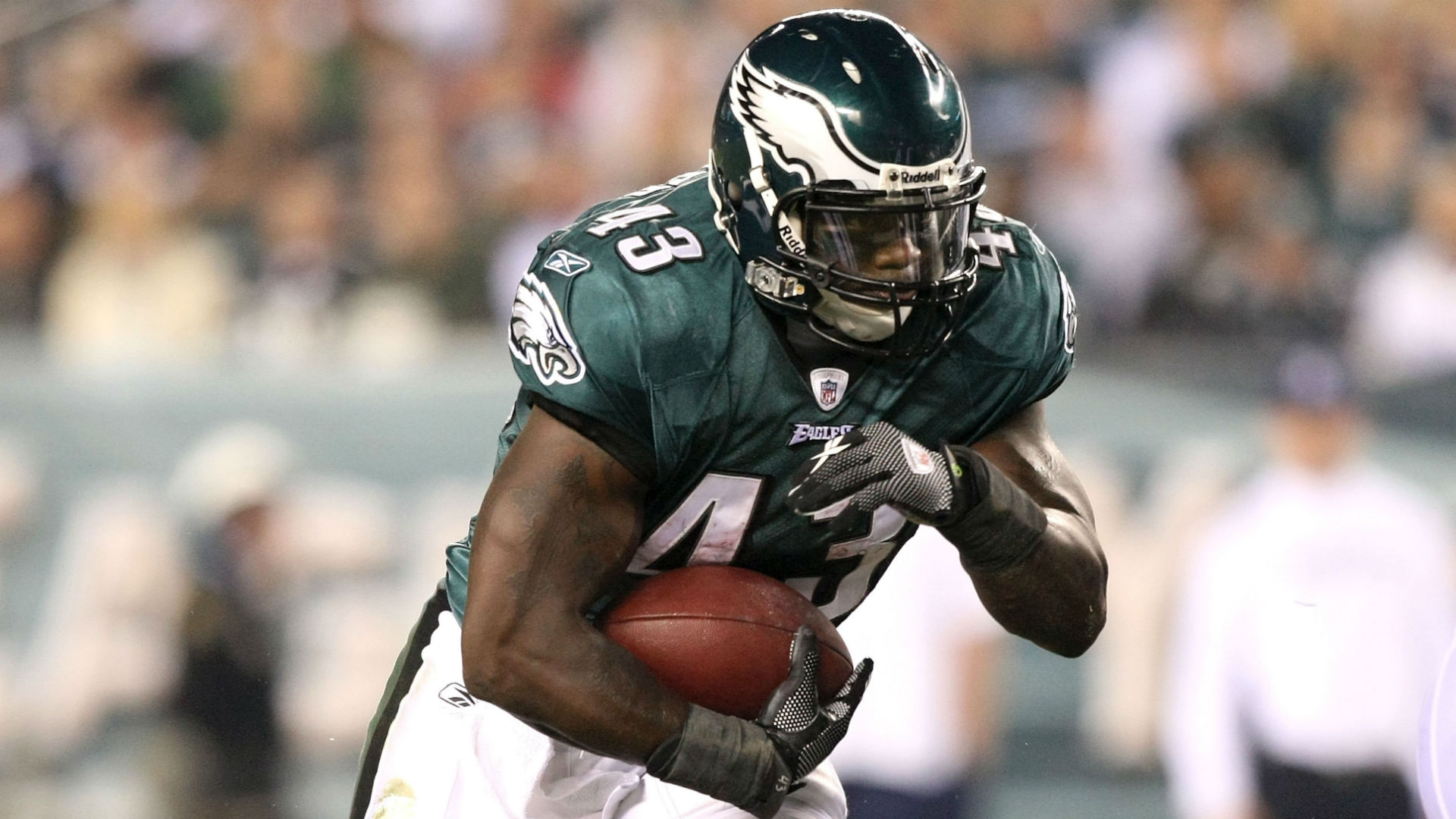 Injury:On Weaver’s first carry of the 2010 season, he chose to go left on a play designed to go right. When his left leg was planted, a tackler flew in and crushed Weaver’s knee with a helmet. The injury was determined to be a very severe torn ACL.

Recovery:Weaver never played another game in the NFL after failing to pass his physical ahead of the 2011 season. 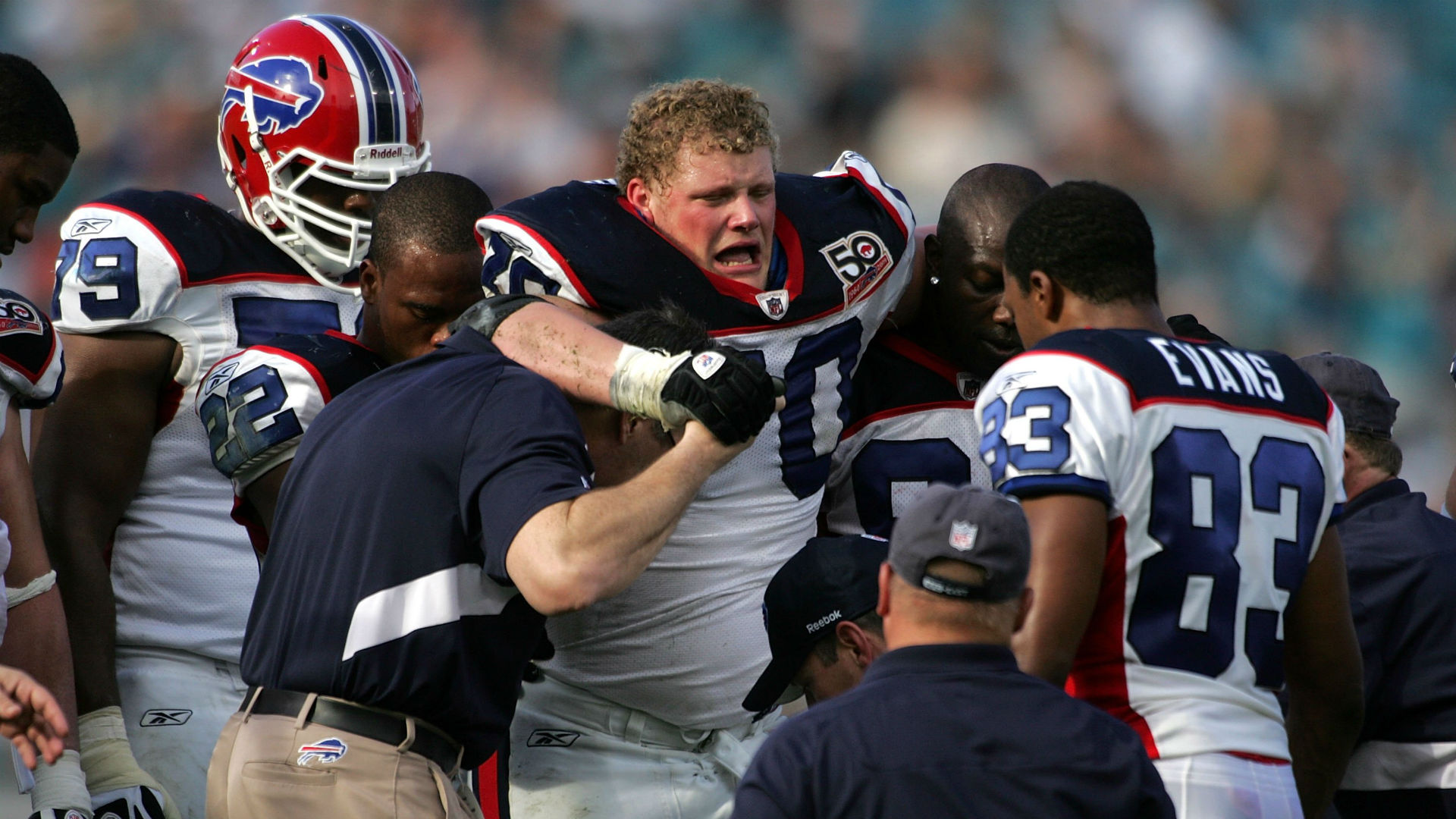 Injury:Trailing a play as a blocker, Wood had his planted left leg lunged into by a defender. It snapped the leg at an unnatural angle. It was determined to be a fractured tibia and fibula.

Recovery:Wood returned to play for Buffalo from 2010-2017 and made one Pro Bowl. He was forced to retire after 2017 due to a serious neck injury, though. 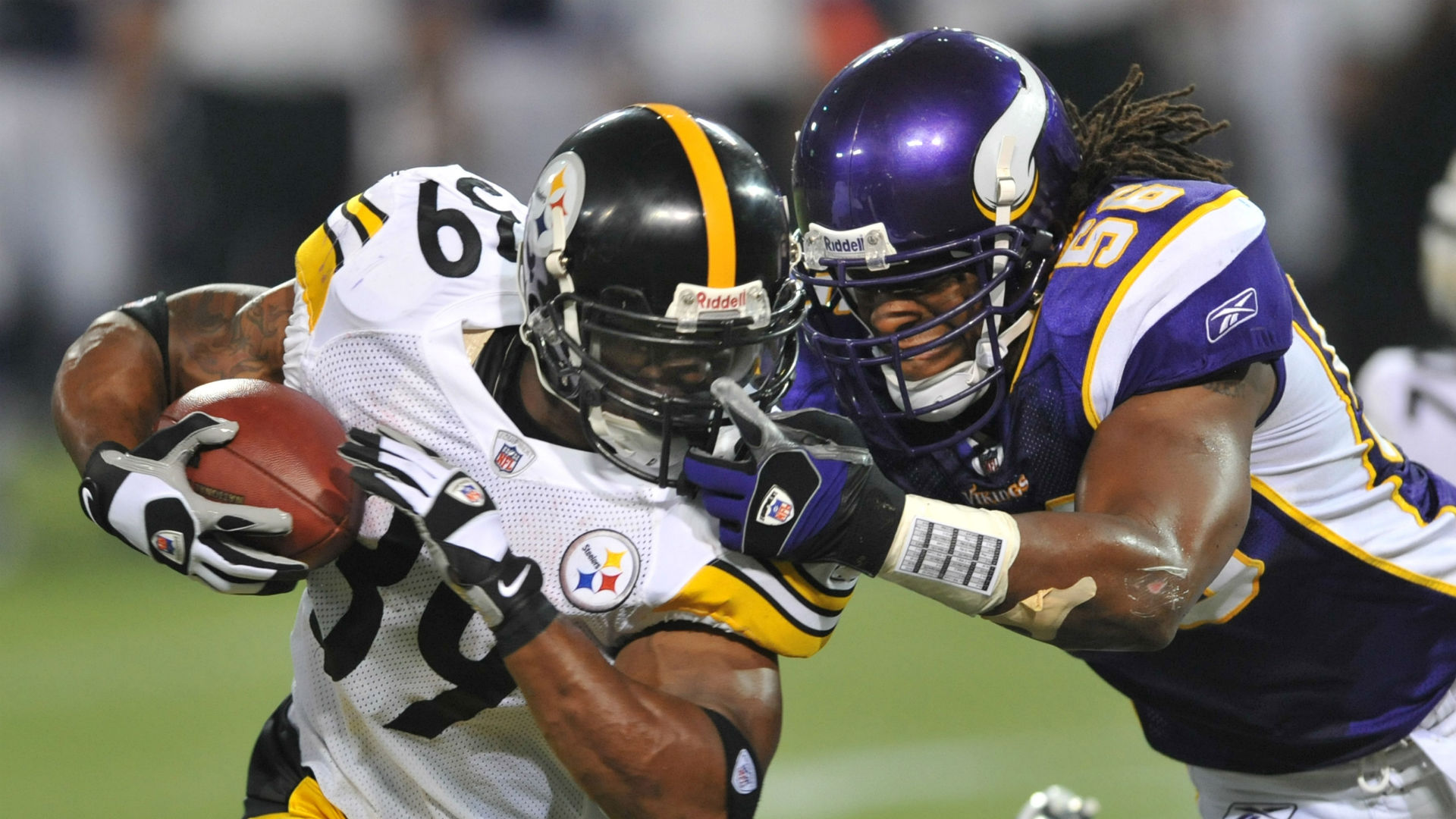 Injury:Attempting to make a tackle from behind, Henderson overextended himself and appeared tobreakhis left leg. It was eventually determined that he’d broken two toes in his left foot.

Recovery:Henderson returned to play linebacker from 2009 to 2016 for the Vikings and Jets. 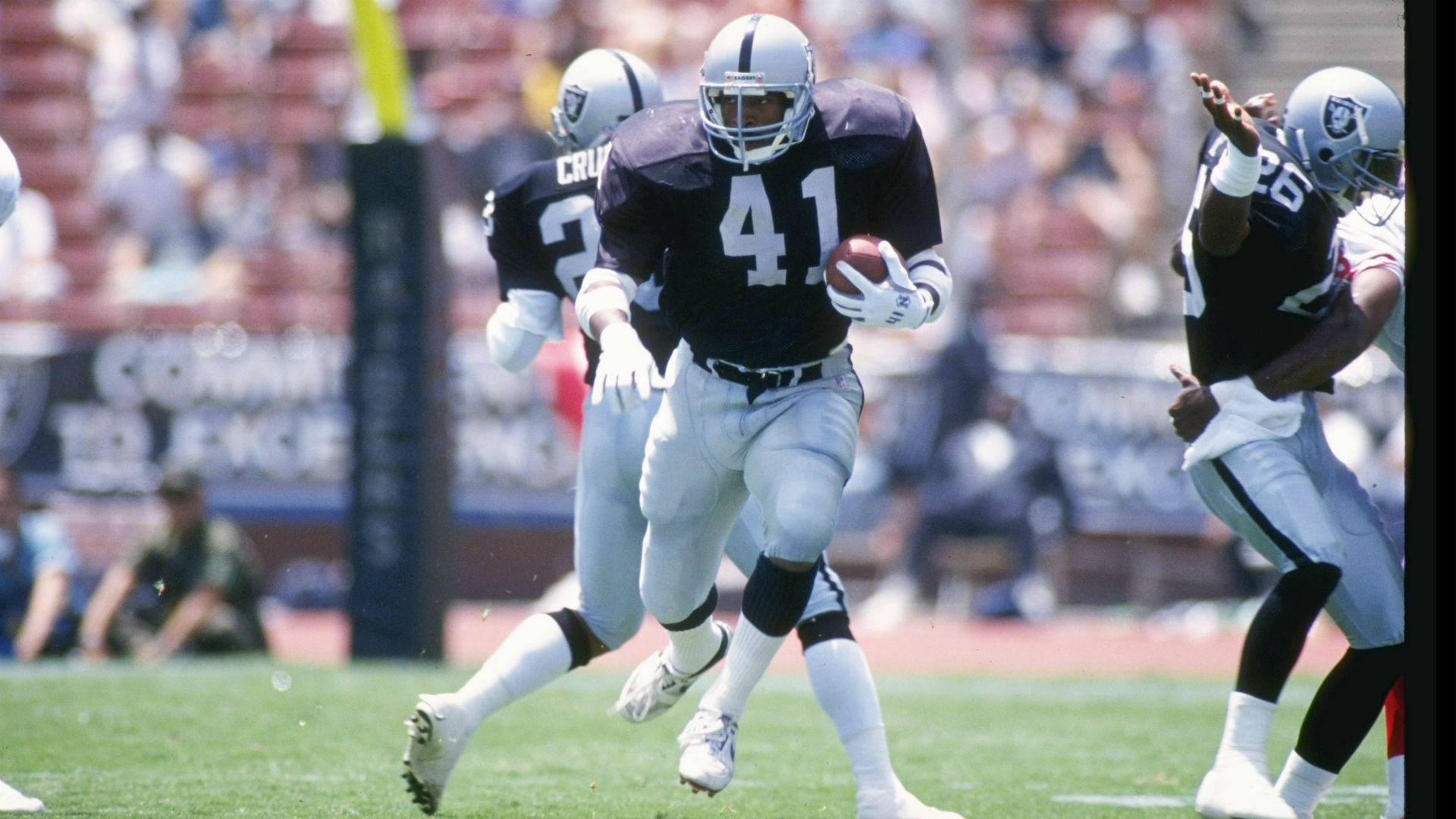 Injury:McCallum took a carry and nearly immediately was met behind the line of scrimmage. His left leg planted and hyperextended in the wrong direction as he was brought to the ground. Itruptured an artery in his left knee, tore three knee ligaments, tore the calf and hamstring from the bone, and caused nerve damage in the knee.

Recovery:McCallum never played another down of professional football. 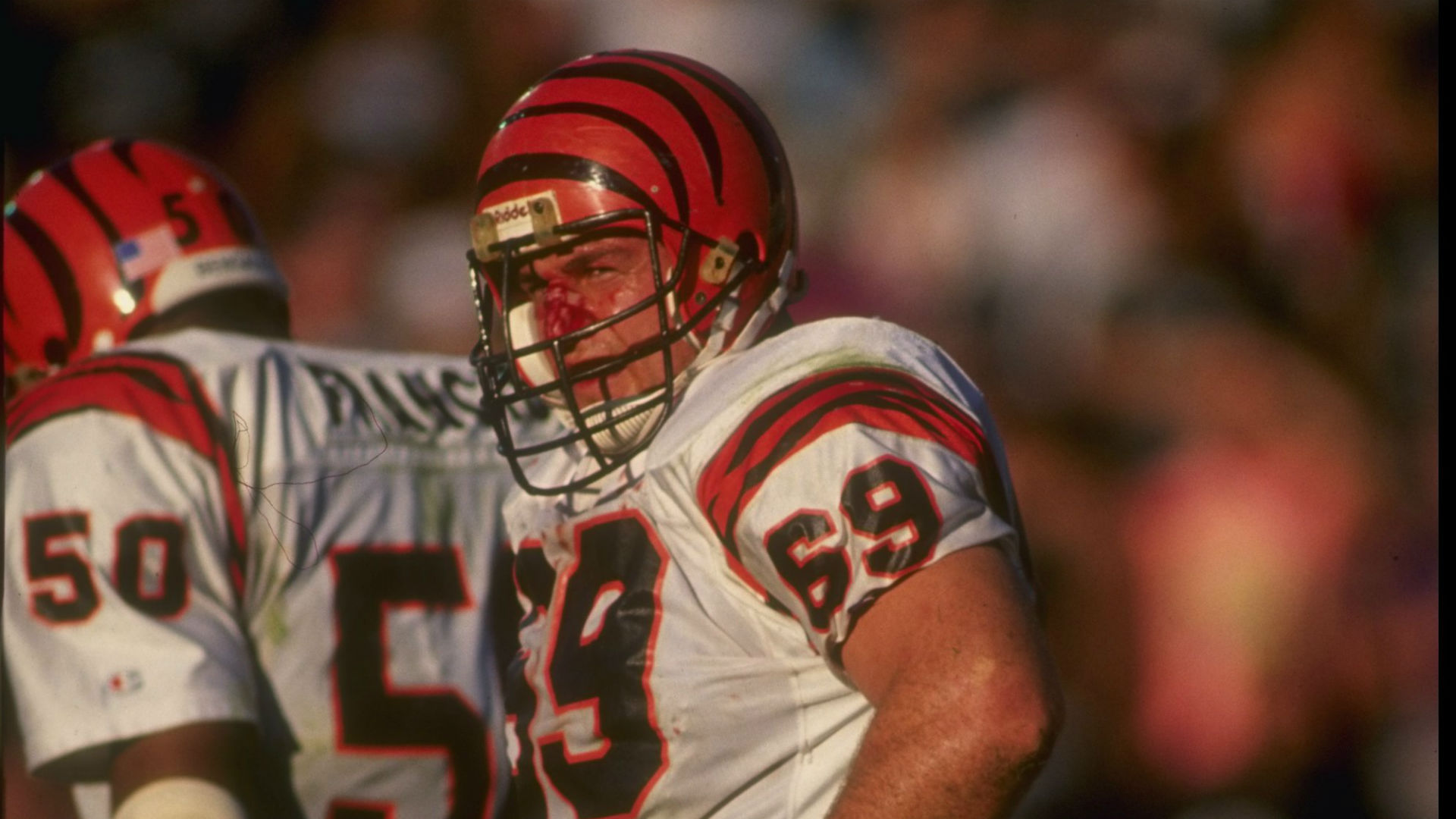 Injury:Krumrie’s cleats got caught in the turf as he tried to tackle Roger Craig in the Super Bowl. It led to a broken left leg, fracturing both the tibia and fibula.

Recovery:Krumrie played six more seasons in the NFL with a 15-inch rod in his leg. 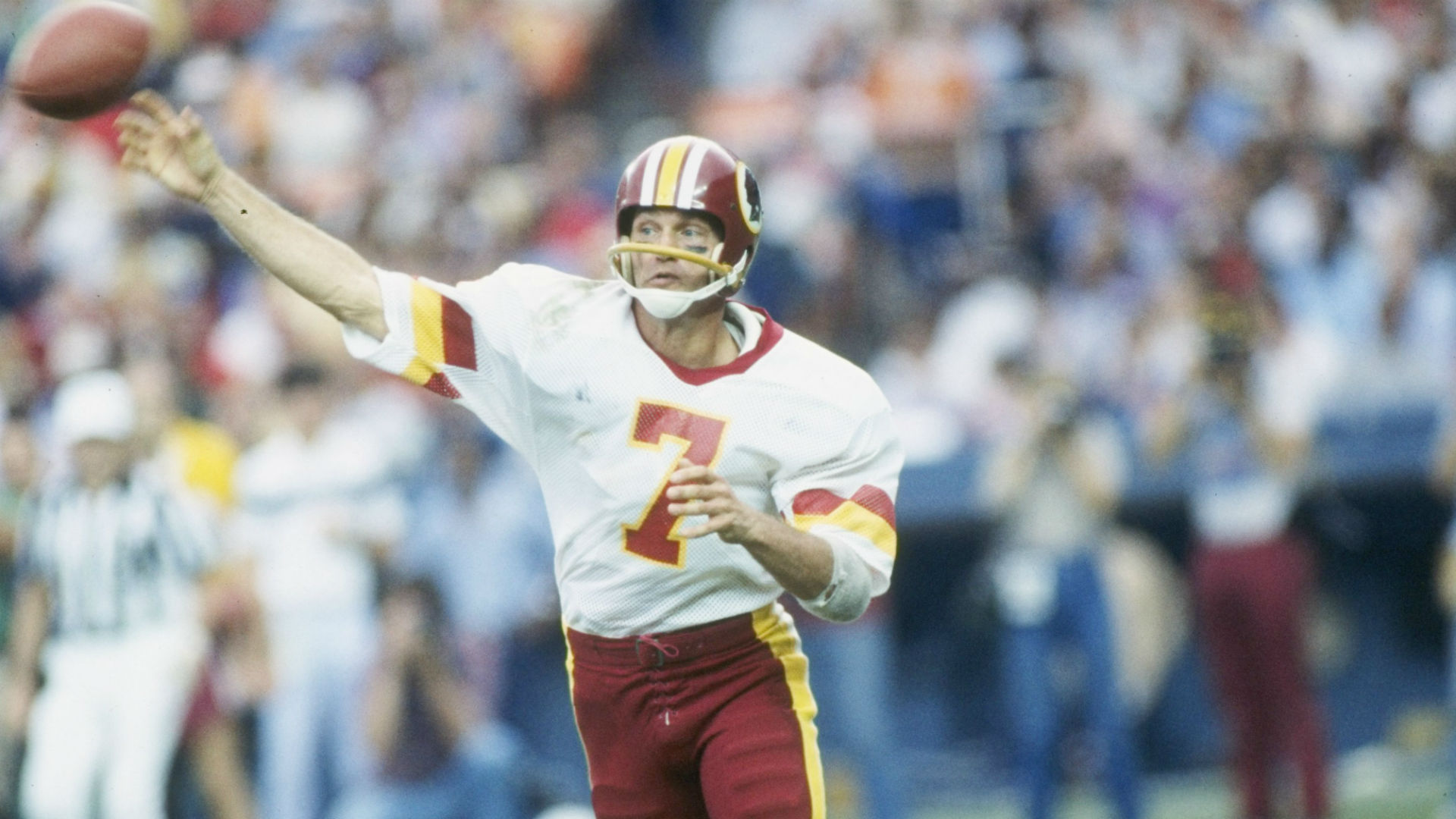 Injury:Theismann was caught in the pocket as the greatest pass rusher of his time, Lawrence Taylor, launched himself on the Washington quarterback. Theismann’s right leg was caught underneath him, and it bent at the wrong angle. It was a comminuted compound fracture of his tibia and fibula.

Recovery:Theismann, who was 36 at the time of the injury, never played in the NFL again.

Injury:Stingley was hit by Jack Tatum going over the middle of the field. Stingley’s helmet jammed into Tatum’s shoulder. It compressed Stingley’s spinal cord and broke two of his vertebrae. Stingley was paralyzed by the hit and spent the rest of his life in a wheelchair.

Recovery:Stingley died at 55 in 2007, in part due to lingering effects of that hit.

Having to go home in two weeks drives Saquon Barkley