Home » NFL » Davante Adams on Aaron Rodgers' season: 'The MVP should be locked up' 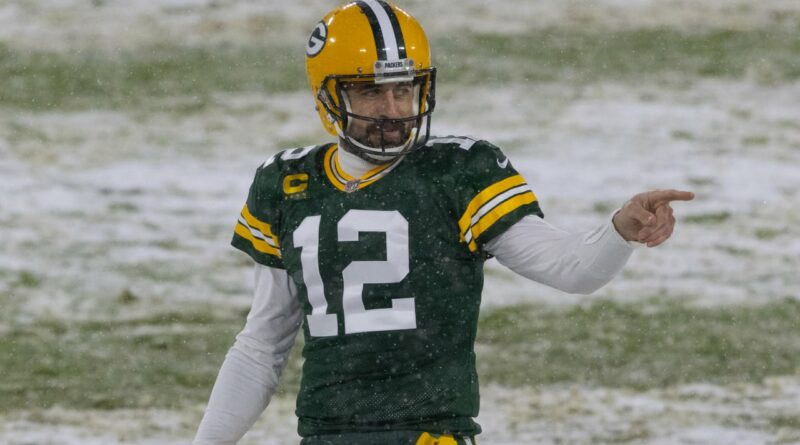 In the eyes of many, Aaron Rodgers﻿’ four-TD day in the 35-16 win over rival Chicago that clinched the No. 1 seed in the NFC ended the MVP debate.

“The MVP should be locked up,” wideout Davante Adams said, via the team’s official website. “There’s nothing else to really talk about. You look at what we’ve done and what he’s been able to do, and they’ve hit him with everything.

“(They) said he didn’t have any weapons, and we go out there and go 13-3 regular season, which isn’t our main goal, obviously, but it’s a hell of an accomplishment, especially when you’re in your second year with a new staff.”

Brady and Russell Wilson finished tied for second with 40 TD tosses in 2020. Mahomes, who sat out Week 17 with the Chiefs already having clinched the AFC’s top seed, threw 38 scores.

Mahomes, Rodgers’ top competition for the MVP award, finished with 4,740 yards to Rodgers’ 4,299. While it’s fair to point out that the Chiefs were able to sit their QB because he helped them clinch everything well before Week 17, if voters side with Rodgers, it’s likely how each led their teams that will sway voters. The Chiefs won several close battles, coming back late against supposed lesser opponents. For the most part, Green Bay divebombed foes, including back-to-back blowout wins over playoff teams to close the season.

In addition to his personal TD record, Rodgers completed a career-high 70.7 percent of his passes and had his best TD-INT ratio (48-5), and second-best passer rating (121.5).

Rodgers’ 14 games this season with 100-plus passer rating were the most in NFL history, besting Mahomes’ mark from 2018.

Rodgers threw three or more passing TDs for the 12th time in 2020 (tied for most such games in a single season in NFL history) and notched four or more seven times (tied for second-most all-time).

“In my opinion, it’s not even close.” Packers coach Matt LaFleur said of the MVP race.

The 37-year-old QB’s campaign helped give Green Bay the only first-round bye in the conference and force the road to the NFC title to run through Lambeau.