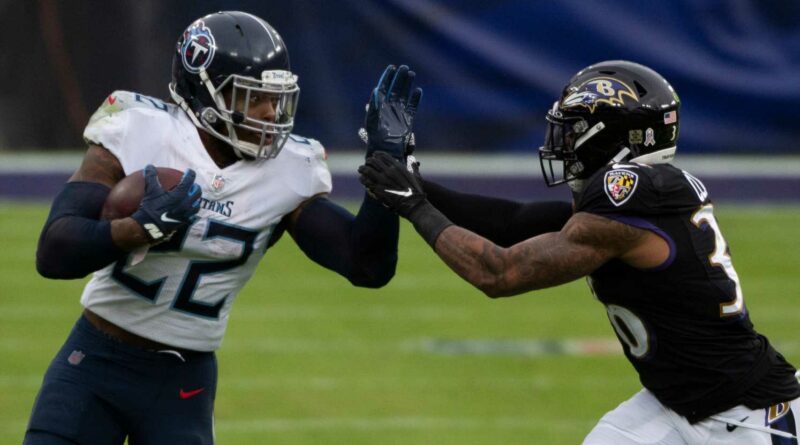 Deshaun Watson reportedly wants out of Houston and at least one of the Texans' rivals has taken notice.

In fact, he's almost giddy about it.

Tennessee Titans running back Derrick Henry was all smiles when USA TODAY Sports asked him about it Thursday.

"That would be better for us," Henry said. "Every year we play them it's always tough and always comes down to the wire. That's the kind of player Deshaun is. I know Deshaun, so I wish the best for whatever happens for him, but like I said, that's better for us that he's out of the division. We definitely appreciate it."

Henry was speaking on behalf of FedEx, which is asking fans to vote for the FedEx Air and Ground Player of the Year award.

The Texans are expected to hire David Culley to be their head coach after Bill O'Brien was fired in the middle of the season. Watson has reportedly been upset over the team's ownership and decisions related to the coaching and general manager searches.

Henry, meanwhile, made NFL history in 2020, becoming just the eighth player to ever rush for more than 2,000 yards in a single season. Henry finished with 2,027 on 378 attempts, with 17 rushing scores, earning him a first-team all-pro selection.

Henry is also up for the Air and Ground Player of the Year.

For his career, Henry now has 5,860 rushing yards, which tied him for 100th on the all-time list. With his fifth season completed, that means Henry, who just turned 27, would need to average 1,500 rushing yards for the next nine seasons to surpass Hall of Fame running back Emmitt Smith's record of 18,355 career rushing yards.

When pressed about it, Henry doubled down and joked that people would need to "pray for me" to get near Smith's mark.

Running backs typically take a significant amount of punishment over their careers and for anyone to come close to Smith's record, longevity is a necessity. Players like Adrian Peterson (13 seasons) and Frank Gore (16) can serve as a model for backs who extended their careers well into their 30s.

"I'll play until you can't anymore," Henry said. "I think it's important to take care of your body just so you can play at a high level week in and week out. As a running back you get hit a lot so you have to make sure to do those things. Hopefully as I get down the road into my 30s I can get in contact with those guys to see what they did."