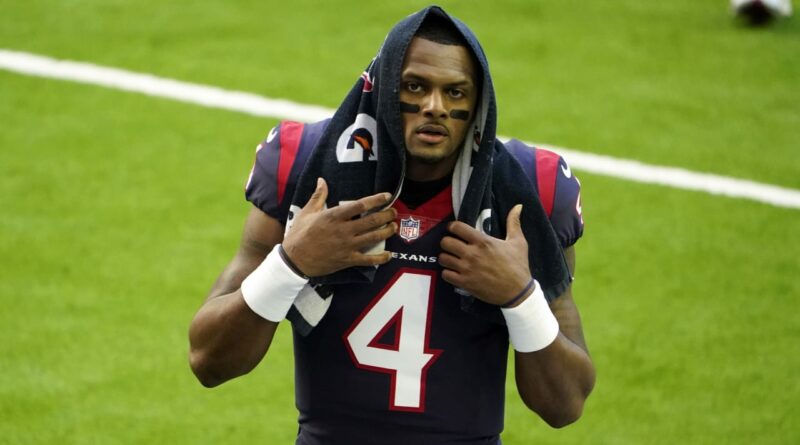 Deshaun Watson, the NFL’s passing yards leader in 2020, is not pleased with the Houston Texans.

NFL Network Insider Ian Rapoport reported Thursday that the multi-time Pro Bowler is “extremely unhappy” with the organization regarding his lack of involvement in and the process that led to the team’s decision to hire GM Nick Caserio this week.

Texans owner Cal McNair previously informed Watson he would be involved in the process and would provide feedback during the team’s search for a GM and head coach, but that has not happened to this point, Rapoport noted.

For Watson, the displeasure does not stem from the actual hiring of Caserio, but his lack of involvement. Rapoport noted that Watson wanted the organization to at least listen to his voice, as well as the locker room, and also give him the opportunity to meet with candidates.

Instead, Watson found out on Twitter about the impending hire of Caserio, similar to how he found out about March’s ﻿DeAndre Hopkins﻿ trade to the Cardinals on Twitter, according to Rapoport.

Watson has not spoken to Texans brass in the last few days, though they have tried to call him, Rapoport added.

Earlier in the day, Caserio issued a statement after his hiring was made official, saying he wants to “build something special” in Houston.

As the team’s best player, Watson figures to be the center of those efforts. And, considering that the 25-year-old star is under contract until 2025, his presence will be a huge determining factor as the team maps its course for the future.

Are Lamar Jackson, Patrick Mahomes the next Tom Brady, Peyton Manning? One coordinator thinks so

Washington coach Ron Rivera: 'I have not quit' on Dwayne Haskins