Home » NFL » Does Michael Gallup take the Cowboys' offense to an even scarier level? Plus, my upset pick for Week 11 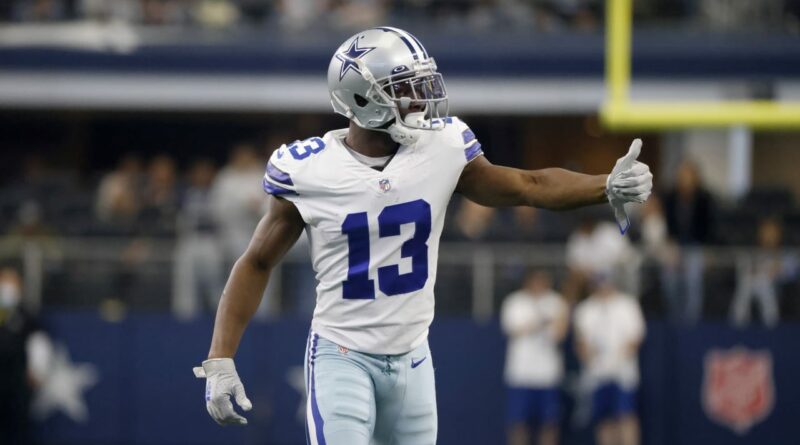 NFL franchises use contextualized data to create competitive advantages. In order to realize an edge, teams need to employ the right data in the right way at the right time. This means distilling, interpreting and applying only the most influential data in a framework that accounts for personnel, opponents and evolving game situations. My goal is to be YOUR analytics department. Each week this season, I want to work for you by providing a peek into which numbers flag in my models as the most impactful … or the most misunderstood.

In this weekly column, I will assess current trends through the lens of analytics, as well as spotlight a few of my favorite — or least favorite — projections for the coming week’s action.

As always, let me know if your eye test is picking up on something interesting, or if there’s a stat/trend you’d like me to take a deeper look at. You can hit me up on Twitter @CFrelund. As with any great analytics department, the more collaborative this is, the more value we can create.

Let’s be completely clear: ﻿Dak Prescott﻿ playing is assumed here. And Dallas’ offensive potential will be even greater when left tackle Tyron Smith is back in the lineup at full speed, bringing all the O-line shuffling to a halt. All that said, there are some early data flags that show Gallup’s presence not only creates an uptick in the production potential of the offense as a whole, but also specifically makes ﻿CeeDee Lamb﻿ a far more dangerous weapon. Yes, the Cowboys’ offense has been a juggernaut throughout the season — as evidenced by Dallas’ league-best marks in scoring offense and total offense, as well as the No. 2 ranking in big plays (runs of 10-plus yards and receptions of 20-plus yards) — but Gallup’s Week 10 return from a calf injury suffered in the season opener could be a driving force in making this team a deep playoff contender.

The advanced stats and computer vision show that this is all about space and optimizing players by allowing them to run the routes they’re best suited for. Returning to action in last Sunday’s 43-3 blowout of the Falcons, Gallup created space that changed the opportunity in the slot. With Gallup out of the lineup from Week 2 through Week 9, Lamb was only aligned in the slot on 16 percent of snaps, per Next Gen Stats. With Gallup back in the fold last week, Lamb was in the slot on 61 percent of snaps, and he made a huge impact in Dallas’ 40-point win. After throwing just four touchdown passes to receivers aligned in the slot from Week 2 through Week 9, Prescott connected with Lamb for two scores on outbreaking routes this past Sunday. Dak averaged just 6.2 yards per attempt when targeting slot receivers during Gallup’s two-month absence, but that figure jumped up to 9.9 yards per attempt against Atlanta.

Lamb’s career catch percentage when aligned in the slot is five percentage points greater than the figure when he lines up wide (67.3 vs. 62.3). I hate small sample sizes, but Prescott’s 76.8 completion percentage with Gallup on the field versus 68.7 without him prompted me to measure the space difference for each pass catcher or rusher (on disguised pass plays). By doing so, we can start to track this for multiple games to see if it’s a trend. Last game, computer vision shows that all pass catchers had more than 3 feet of space to work with at the time the ball arrived on 77.4 percent of pass attempts. In Weeks 2-9, the number was just 62.5 percent.

Long story short: Gallup is above average when working out wide, while Lamb is clearly more effective in the slot. Life is just better for all Cowboys involved when Gallup is active.

NOTE: The figures cited below are provided by Caesars, current as of 3 p.m. ET on Friday, Nov. 19.

The main driver of this upset is the Saints’ defense, specifically its NFL-best run D (just 72.9 yards per game allowed), which will be on the spot Sunday in Philadelphia. Eagles QB Jalen Hurts﻿’ rushing ability — even just the threat of him taking off — keeps defenses off balance. That’s been especially true since Week 8, with Philly averaging a league-high 208.7 rushing yards per game in this three-game span. During this time, three Eagles players rank top 11 in the league in rushing yards: Hurts, Jordan Howard and Boston Scott﻿, all of whom have piled up 40-plus yards in each of the last three games.

The good news for the Saints: They’ve allowed just two 100-yard rushers in their last 63 games, stretching back to November of the 2017 season.

The bad news for the Saints: Both of those 100-yard rushers came courtesy of the Eagles, when these two teams faced off last December.

That’s right: When New Orleans visited Philadelphia in Week 14 of the 2020 campaign, the Eagles won, 24-21, with Hurts rushing for 106 yards on 18 carries and Philly RB Miles Sanders exploding for 115 yards and two touchdowns on 14 totes.

So, what should we expect this time around? Well, I just mentioned how potent Philadelphia’s ground game has been over the past three weeks. Here’s the thing, though: The Eagles have run wild on the Lions (who rank 30th in run defense), Chargers (32nd) and Broncos (16th). That’s a little different than taking on the Saints’ run-stuffing front. What happens if/when New Orleans forms a wall against Philadelphia ball carriers? The Eagles’ passing attack ranks just 27th. Forcing a game script for Philly’s offense that includes an uptick in passing — and in more obvious passing situations — would be huge. While the Eagles currently boast the sixth-best third-down conversion rate, that’s obviously built on effective early-down rushing setting up manageable third downs. Consistently put this team in third-and-longs, and it’ll likely be a different story.

Simply put, the Saints can upend the Eagles if they slow the run enough to make Philadelphia’s offense more pass-dependent.

THING I LIKE: Bills TE ﻿Dawson Knox﻿ to earn more than 33.5 receiving yards against the Colts.

THING I LOVE: Bengals QB ﻿Joe Burrow﻿ to pass for more than 267.5 yards against the Raiders.

In his median projection, I have Burrow passing for 290 yards and two touchdowns. Why? Because quick passes are a huge area of strength for this offense. Burrow leads the NFL with an average of 8.3 yards per attempt on quick passes. And hey, that should come in pretty darn handy when you’re going against a team that brings pressure like the Raiders do. Per Next Gen Stats, Las Vegas had an eight-game streak with a pressure rate of 30-plus percent until last week’s loss to the Chiefs. Overall, the Raiders still lead the NFL with a 36.9 pressure rate. However, when facing quick passes, they’ve allowed a 104.9 passer rating (24th). So Burrow can slice and dice by getting the ball out of his hand quickly.

THING I DON’T LIKE: Chiefs QB ﻿Patrick Mahomes﻿ to rush for more than 19.5 yards against the Cowboys.

The return of the run (handoff) to the RPO, especially early in the game, made a huge difference for Kansas City in last week’s blowout win over Las Vegas. The Chiefs’ offense navigated and dominated the Raiders’ pressure front. In K.C.’s past three games — all wins — Mahomes has 10, -2 and 0 rushing yards. Whether or not ﻿Clyde Edwards-Helaire﻿ returns to action this week, RB Darrel Williams has been surging, with 331 scrimmage yards over the past three games. All of this drives the higher-probability outcome to Mahomes rushing for fewer than 19.5 yards. 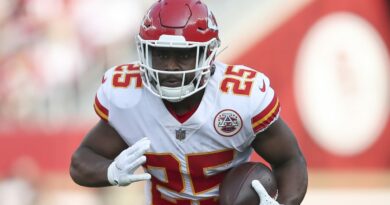