Alabama's football team might be No. 1 in the Amway Coaches Poll based on its play, but when it comes to favorable Twitter mentions, the Tide takes a huge drop.

The rankings were devised by Block Six Analytics (B6A), which is based in Chicago. According to Alex Cordover, Director of Data Science for B6A, "Overall, we analyzed 1 million tweets, which puts the margin of error for the percentages at a maximum of 0.5 percent."

But just because Alabama dropped in the favorability rankings does not necessarily mean Twitter hates the Tide. Alabama was in the middle in percentage of negative tweets at 14.17 percent. Its remaining 41.34 percent of Twitter mentions were neutral. 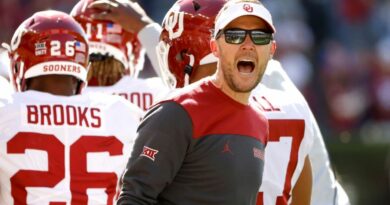 The winners (Michigan, Cincy) and losers (oh, Texas!) from a wild Week 11