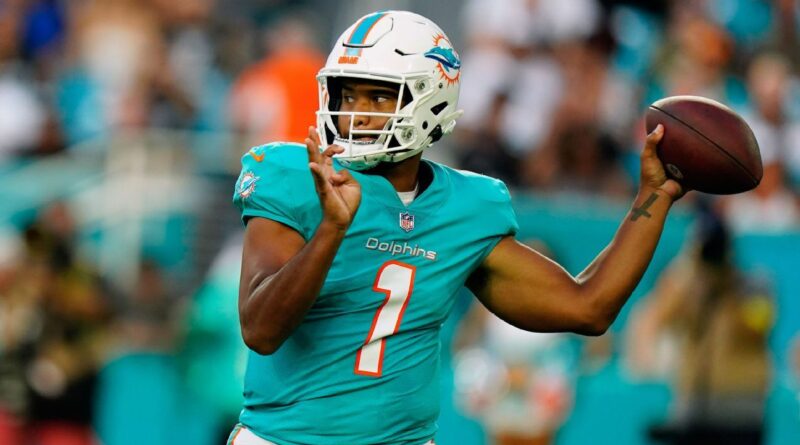 Tagovailoa was named a captain for the first time in his NFL career after a player-led voting process. Coach Mike McDaniel said the third-year quarterback was the “resounding highest point winner,” which spoke to the level of confidence his teammates have in him.

“I think it says everything. I think that’s incredibly important when it’s done with the right reasons and the right intent,” McDaniel said. “The only thing that I gave to the players was, ‘who do you want representing you each and every game, who do you want to wear the C and understand what that C means on your Jersey?’

“I think it speaks volumes on where he’s at with the team and their belief in him.”

Holland, in particular, has impressed McDaniel entering his second season. The 22-year-old second-round pick was a standout throughout training camp and feels like he has improved in every aspect.

“I don’t think I hit my ceiling yet,” Holland said in August. “As a competitor, as a high-level competitor, I hold myself to a high standard. So every day, I’m trying to get one percent better than I was yesterday.”

Hill and Armstead were Miami’s key additions this offseason and immediately established themselves as leaders among their position groups. McDaniel previously applauded Hill for helping set the standard in the Dolphins’ locker room, in terms of his accountability on and off the field.

Howard is a three-time Pro Bowler and the NFL’s leader in interceptions since entering the league in 2016, while the former first-round pick Wilkins tied with Pittsburgh’s Cam Heyward to lead all defensive linemen in tackles last season.