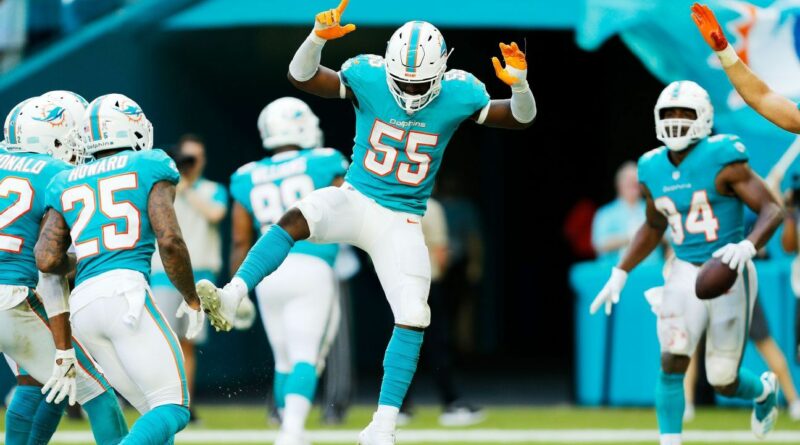 The Miami Dolphins have agreed to terms with linebacker Jerome Baker on a three-year contract extension worth $39 million, including $28.4 million guaranteed, his agent, Drew Rosenhaus, told ESPN’s Adam Schefter.

Baker is one of the Dolphins’ defensive leaders and brings energy on and off the field. He specializes in pass coverage, and helped the Dolphins grow from the worst scoring defense (30.9 points per game allowed) in 2019 to the fifth-ranked scoring defense (21.1) in 2020.

A 2018 third-round pick, Baker was approaching the final year of his rookie deal. He was asked last week about his pending free agency and where he saw Miami in the picture. It was a foreshadowing of this deal.

“I want to play here for the rest of my career. I love it here. I love the fans. I love the organization. I love everybody here,” Baker said. “Yeah, I definitely see myself playing here for a long time.”

Baker, 24, gets his wish, as he’s now scheduled to stay in Miami for the next four seasons.

Now eyes turn to another one of the Dolphins’ 2018 draft picks and 2022 pending free agent tight end Mike Gesicki for a potential extension.

Baker had a career-high seven sacks and seven tackles for loss last season in a new hybrid linebacker role. He also eclipsed 100 tackles (112) for the second consecutive season and has yet to miss a game in his NFL career. 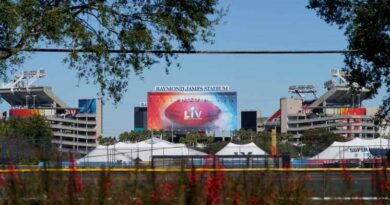 Vanessa Arroyo, among 7,500 health care workers to be at Super Bowl, advocates for COVID vaccines