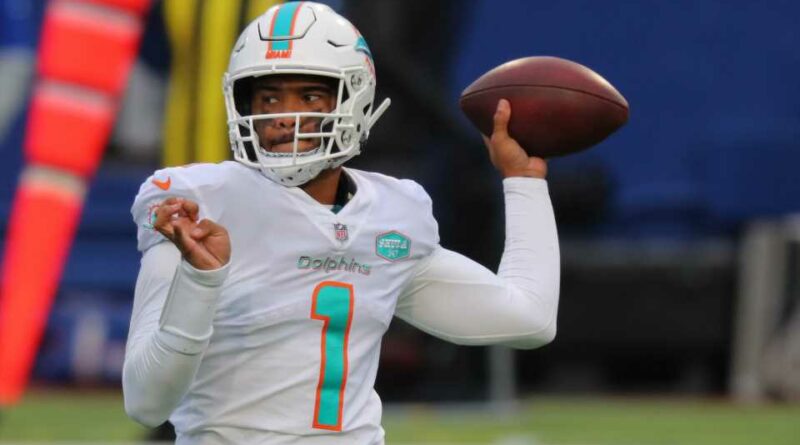 Tua Tagovailoa made a confession to reporters at his first media availability of the 2021 NFL offseason.

The Dolphins rookie said that he didn’t know the playbook that well during his rookie year.

“I wasn’t comfortable calling plays,” Tagovailoa said, per Adam H. Beasley of The Miami Herald. “I think the guys that were here last year were phenomenal. I just didn’t have the comfortability of checking plays, alerting plays and doing that. I just rode with the play, even if I knew it wasn’t going to work. I was going to try to make it work still.”

Tagovailoa would go on to say that the team had to keep its play calls “simple” for him, and took the onus for not being as well prepared as he would’ve liked.

“I didn’t actually know the playbook necessarily really, really good, and that’s no one else’s fault but my fault,” Tagovailoa said. “Our play calls were simple when I was in. I didn’t have alerts and checks. Where now, I feel comfortable and I can maneuver my way through these things now.”

To Tagovailoa’s credit, he had a decent rookie season, all things considered. The raw numbers don’t look great, as he averaged 200.6 passing yards per start and threw for 11 touchdowns and five interceptions. And on occasion, Ryan Fitzpatrick had to relieve him late in games when he wasn’t sharp.

That said, Tagovailoa was the only rookie quarterback to post a winning record on the season. He went 6-3 in his nine starts and had the Dolphins fighting for a playoff spot late in the year.

Plus, he was just one year removed from a catastrophic hip injury that he suffered during his college days at Alabama. And on top of that, he dealt with an abbreviated offseason because of the COVID-19 pandemic. That may have made it harder for him to get up to speed at the NFL level both on and off the field.

Could Tagovailoa have been better as a rookie? Definitely, and his awful three-interception finale against the Bills with a playoff spot on the line for Miami left a bad taste in the mouths of many fans.

But if he knows that his knowledge of the playbook was a weak point and works on it this offseason, he should have a good chance to improve it.

And this time, he’ll have a full offseason at his disposal to learn it in full.