The Houston Texans had won four consecutive games entering their Thursday Night Football showdown with the Miami Dolphins, but they’d done so without looking especially impressive in any of those contests. The Colts and Cowboys had practically gifted the Texans two of the four wins and the Bills actually did gift them the third, courtesy of Nathan Peterman. Houston looked a bit better in handling the division rival Jaguars last week, but during none of those four games did they put on a display like the one they did in handily defeating Miami 42-23 on Thursday.

The Texans staged an offensive explosion that was, quite frankly, a little ridiculous, streaking up and down the field with ease and at one point scoring two touchdowns totaling 123 yards in the span of three plays. Deshaun Watson had one of the best games of his career, completing 16 of 20 passes for 239 yards and five touchdowns. (He had more TD passes than incomplete passes.)

He connected with rookie tight end Jordan Thomas twice early on, and then started finding star wideouts Will Fuller (five catches for 124 yards and a 73-yard score before exiting with a knee injury) and DeAndre Hopkins (6-82-2) all over the field. It seemed like every time he threw the ball, some Texans pass-catcher was wide open and taking it for a touchdown or coming damned close.

And it wasn’t just Watson getting it done. Houston’s running game finally showed up in full force, led by Lamar Miller. Miller is from Miami, went to the University of Miami, and began his career with the Dolphins. This was his first-ever game against his former team, and he made it count. Miller carried 18 times for 133 yards and a touchdown, with the highlight being a 58-yard scamper early in the second half.

Just about the only thing that didn’t go right for the Texans in this one was injuries. They suffered a whole bunch of them. It started early with Johnathan Joseph, continued with Zach Cunningham and eventually hit both Fuller and linebacker Peter Kalambayi as well. All left the game with injuries and did not return. Houston luckily has 10 days off before its next game, and hopefully the team can get some or all of those guys back on the field. Fuller, in particular, is important to have back because the Texans are already dealing with an injury to rookie slot man Keke Coutee, and Watson can’t just throw literally every pass to Hopkins.

While they await news on the various maladies suffered by those players, the Texans can comfort themselves with their five-game winning streak and their best performance of the year.

Here are a few more things to know about Houston’s 42-23 win.

This game was not a good advertisement for the league’s referees. Sean Smith’s crew did a job that could only reasonably be described as terrible, missing on several calls and beginning the game by incorrectly administering a penalty on a kickoff. They also called a completely bogus hit to the head penalty on a Dolphins field goal early, and the Dolphins turned the drive into a touchdown on the next play.

The tour de terribleness came later, though, as they overruled what clearly looked like a fumble from Brock Osweiler and turned it into an incomplete pass.

Pretty much everybody out there noticed how poorly-reffed the game was, and made sure to say so.

It was not pretty.

Bill O’Brien begins the game with a blunder

On the opening play of the game, the Dolphins returned Ka’imi Fairbairn’s kickoff to their own 22-yard line. Miami was flagged for an illegal formation on the play, though, and the Texans accepted the penalty. Doing so allowed Houston to kick off from their own 40-yard line as opposed to the 35 … and they kicked the ball into the end zone for a touchback, costing themselves three yards of field position for no apparent reason. Not only that, but the Texans were flagged for a five-yard penalty themselves on the re-kick, meaning Miami started its game-opening drive on its own 30-yard line as opposed to its own 22.

The Texans cost themselves eight yards. For no reason. Miami didn’t score on the ensuing drive (they went for it on fourth-and-1 from the Texans’ 28-yard line and got stopped) but Bill O’Brien absolutely deserves to be ridiculed for this.

Amazingly, O’Brien’s decision here was only the second-strangest coaching decision of the night, as Adam Gase decided to have Jason Sanders kick a 46-yard field goal on fourth-and-4 from the Houston 28-yard line with his team trailing by 15 points and less than 12 minutes to go in the game. He decided to kick and turn a two-score game into a two-score game. Perhaps needless to say, that field goal did not end up mattering.

Revenge of the Brock

Brock Osweiler had been performing quite well for the Dolphins in relief of starter Ryan Tannehill, but his revenge game against the team that once gave him a four-year, $72 million contract only to salary-dump him on the Browns the following offseason did not go very well at all. Osweiler, who had been completing 67.5 percent of his passes and averaging 8.2 yards per attempt coming into the evening, with six touchdowns and only two interceptions, struggled to do much with the ball for much of the night.

He basically only had success throwing to DeVante Parker (more on him later) and ended the night just 20 of 36 for 237 yards and a pick (see below). He likely should have been intercepted a couple more times, only to see Texans defenders drop the ball.

As described above, he also had a fairly clear fumble overturned after the play had been taken to the house for a touchdown.

Danny Amendola has had a resurgence over the past few weeks, working as one of Osweiler’s top targets in the passing game. During the two games prior to this one, Amendola had caught 14 passes for 143 yards and a touchdown. He added four catches for 36 yards on Thursday, but he best play in the passing game wasn’t a catch, but a throw.

Trailing by two scores in the third quarter, the Dolphins cribbed a play from the Giants’ playbook, throwing a backwards pass to Amendola and leaking running back Kenyan Drake out of the backfield and down the right sideline. Amendola lofted the throw over the top and Drake walked into the end zone for a score.

Incredibly, that was the fourth touchdown pass this season thrown by a wide receiver. As the NFL’s research department noted, that it more than the number of touchdown passes thrown by the Buffalo Bills.

Hopkins vs. Howard was incredibly fun

Dolphins corner Xavien Howard came into this game as one of the best NFL players that most people haven’t heard of. Howard has been straight up balling this season, and through seven weeks had allowed opponents to complete only 13 of 27 passes thrown in his direction, for 222 yards, three touchdowns, and three picks. That worked out to a 73.9 passer rating.

He did a heck of a job covering star Texans wideout DeAndre Hopkins in this one … for most of the night. Howard limited Hopkins to two catches for eight yards through most of the first three quarters, but then Hopkins got himself going. It actually started with a catch that didn’t even count.

Naturally, this play was called back due to offsetting penalties. It was that kind of night. That didn’t stop the larger NFL Twitterverse from gushing over Hopkins’ insane hands, though.

It was all incredibly well-deserved praise. If only the play had actually counted. Hopkins then got a 49-yard touchdown on a blown coverage by the other side of the Dolphins’ secondary, and in the fourth quarter he beat Howard on a goal-line slant for his second score of the night.

It’s so nice to have J.J. Watt back

Folks, one of the NFL’s best defensive players appears to be back at full strength. When we last saw Watt healthy back in 2015, he was off to one of the best starts to a career for any defensive player in the history of the league. Through five seasons, Watt had 74.5 sacks, 209 quarterback hits, 132 tackles for loss, 15 forced fumbles, 12 fumble recoveries, four Pro Bowl berths, four selections to the All-Pro first team, and three Defensive Player of the Year awards.

He appears to have picked up right where he left off. Watt is having a spectacular 2018 season, and he added to his ledger in this game with a monster first half. Watt was practically living in the backfield early on, dominating poor Ja’Wuan James, who for some reason was repeatedly tasked with blocking Watt straight up in one-on-one matchups.

Watt finished the evening with four tackles, three for loss. He added a sack, a pass defensed, and two additional hits on his former teammate, Brock Osweiler.

If Watt is going to be this player for the rest of the season, the Texans are going to be a playoff team in the AFC. And if he continues doing this in the playoffs, they can make some noise as long as the team’s offensive line keeps Watson alive. And after missing out on the J.J. Watt show for most of the past two seasons (he played only eight games in 2016 and 2017 while dealing with various injuries), it is so nice to have him back as a regular presence.

DeVante Parker is back as well

As recently as last Sunday, it seemed like a sure thing that the Dolphins were trading DeVante Parker. He was being declared inactive for games and his agent was publicly calling out Dolphins coach Adam Gase. But then Albert Wilson went on IR with a hip injury and Kenny Stills went down with a groin strain, and suddenly the Dolphins needed Parker to step back into the lineup.

He did just that on Thursday night and was one of the Miami offense’s few effective players.

He was on the receiving end of one of the more ridiculous plays of the evening as Osweiler rolled to his left to escape pressure and threw downfield to Jakeem Grant, only to see the pass get knocked out of Grant’s hands, off the helmet of a Texans defender, and fall into the waiting arms of Parker.

Parker ended the night with six grabs for 134 yards on nine targets. With Wilson out for at least eight weeks, the Dolphins could really use Parker as they attempt to get back into the playoff picture. Maybe he’ll stick around after all. He sure looked like the Dolphins’ best playmaker on Thursday.

The Texans have now won five straight games after starting the year 0-3. They’ll take their AFC South-leading 5-3 record to Denver next week, where they’ll square off with the struggling Broncos, who play the division rival Chiefs on Sunday. Miami’s record is now even at 4-4, and they have a division rivalry game of their own next week, welcoming the Jets to Miami.

Check out our live blog of the festivities below.

Thank you for joining us. 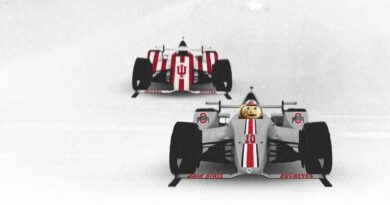 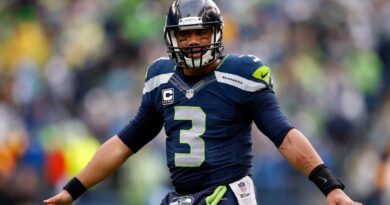