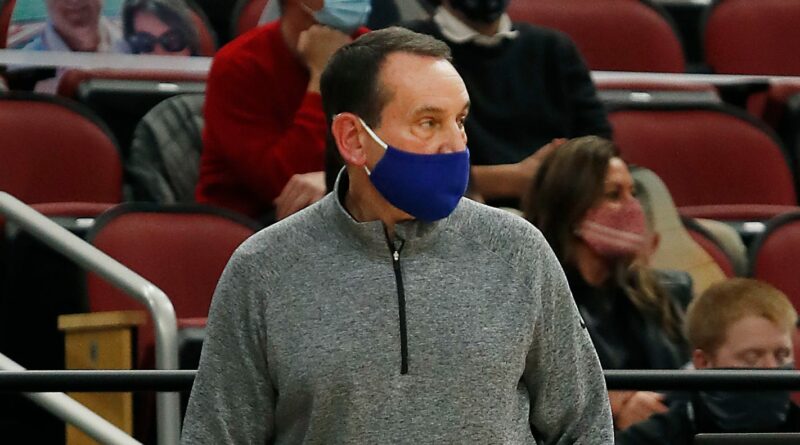 Duke coach Mike Krzyzewski apologized to a student reporter for talking down to him in a postgame news conference following the Blue Devils' loss to Louisville on Saturday.

In the Zoom news conference Saturday, Piazza initially asked Coach K what his team's "next step forward" was and Krzyzewski went on to lecture the student reporter by asking him his major in school and comparing Duke's loss to an economics test before asking the reporter to have "empathy."

Piazza, who drove nine hours to cover the game in Louisville, wrote in the student newspaper that initially he felt "slightly embarrassed after being roasted in a room full of my fellow reporters." It was the first question he ever asked Krzyzewski.

"Our call was short, but the sincerity in his apology was genuine," Piazza wrote. "And in the end, I appreciated the call."

Duke has struggled throughout 2020-21, off to a 5-5 start and losers of three in a row. The Blue Devils took two weeks off during the holidays and Krzyzewski has been critical of the NCAA's decision to hold games in December during the coronavirus pandemic.

Piazza added, "I thought my question was good in the moment and I still do now."