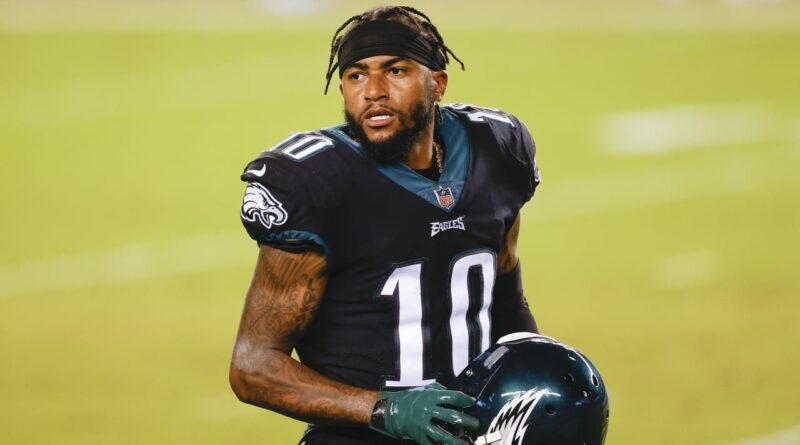 DeSean Jackson is again parting ways with the Philadelphia Eagles.

The club released the veteran receiver Friday. Jackson took to Instagram to post about his departure prior to the move becoming official.

From #Eagles WR DeSean Jackson on Instagram. No sources required here, as he’s announced he’ll be released. Was due $9 million in non-guaranteed salary this upcoming season. As he says here, he still wants to play at the age of 34. pic.twitter.com/tpubvYnjT1

The 34-year-old receiver was entering the final year of his deal (which included voided years in 2022 and 2023) with the Eagles, and his release will save Philadelphia roughly $4.8 million in cap space. With the Eagles still significantly over the salary cap, moves like these should be expected to come in the weeks ahead.

Jackson closes his second stint with the Eagles with just eight games played in two seasons. The veteran couldn’t stay healthy enough to make the impact envisioned when he returned to Philadelphia, catching 23 passes for 395 yards and three touchdowns combined between 2019 and 2020.

At 34, he still has something left in him, but he’ll need to stay healthy first and foremost. We’ll learn in the weeks and month ahead which teams might be interested.