Once again, the preseason fantasy QB rankings are stacked, and discerning between No. 5 and No. 15 is probably an exercise in futility. Heading into 2019, there’s a clear No. 1 quarterback (though, let’s be honest, Patrick Mahomes II could easily “regress”, not finish No. 1, and still have a good year), and guys like Deshaun Watson and Jared Goff look well on their way to be consistent, top-tier producers. At the same time, age (Tom Brady, Ben Roethlisberger, Drew Brees, Philip Rivers) is catching up with some fantasy football stalwarts, and injuries (Aaron Rodgers, Cam Newton, Carson Wentz, Jimmy Garoppolo) can’t be ignored.

But injury is why we worried about Andrew Luck heading into last season, and not only did he hold up, but the Colts also beefed up their offensive line and added a few receiving weapons to help him excel. That could easily happen for another QB this year (Wentz? Rodgers?); conversely, someone like Roethlisberger could lose a key receiver and plummet in the rankings, not unlike Matthew Stafford ultimately did this year. Young guns like Baker Mayfield, Josh Allen, and Lamar Jackson all showed promise this season, but the latter two relied heavily on their running ability while showing little as passers. “Running” QBs are always more susceptible to injuries, making Allen and Jackson big risks despite all the “breakout” hype they’re sure to get.

Ultimately, you really can’t go wrong at the position (unless you really wait), and you don’t need to overdraft a QB, even Mahomes. As surrounding players are added and subtracted throughout the offseason and we get injury updates, you can bet there will be plenty of movement in these rankings, but here’s an early look at the top arms heading into 2019.

These rankings are for standard leagues with 6-point passing TDs. 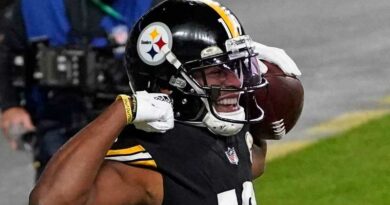