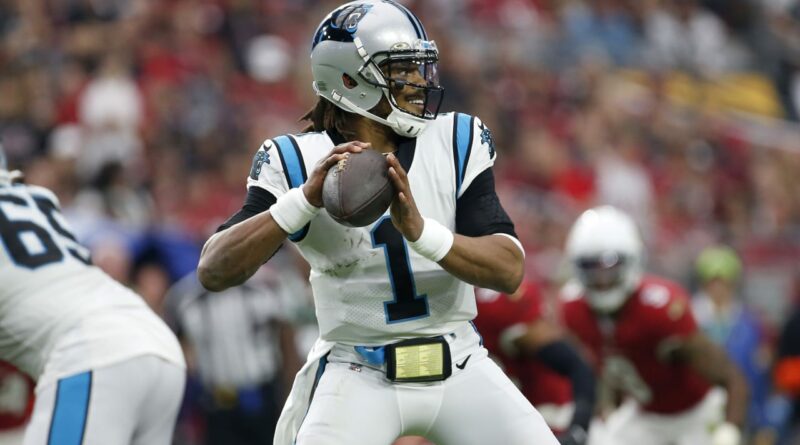 As we move deeper into the 2021 NFL season, playoff contenders will take help wherever they can get it — and some of them will receive a boost from players who weren’t even on the roster in September.

Below, I’ve ranked eight recent in-season additions (whether via free agency or trade) who are poised to make the biggest impact down the stretch:

Based on what Newton has already accomplished in his eight offensive snaps with the Panthers in their Week 10 win over Arizona, this is shaping up to be the absolute ideal of a midseason addition, the kind of late signing that perhaps will be talked about in hushed tones for years to come, with a redemption arc thrown in for flavor. Newton has a chance to help lift a Carolina squad that had been dead in the water to postseason contention, boosting both locker-room morale and the mood of the fans in the stands. Yes, the last time we saw the 32-year-old Newton in New England, in 2020, he looked like a shell of his former self — but there were enough mitigating factors there (COVID-19, an underwhelming supporting cast) that we can set that aside for now. It is entirely reasonable to buy into the possibility that a healthy Newton will engineer the second act of a lifetime, rediscovering his winning ways while rescuing his former franchise from a quarterbacking catastrophe.

Peterson is kind of a wild card. At 36, he’s the oldest running back to log a rushing attempt or a rushing touchdown in a game this season by far. In his last full season, in Detroit last year, Peterson averaged just 37.8 rushing yards per game. He hasn’t cleared 100 yards from scrimmage in multiple games since 2019, his final season in Washington. However, he’s also a great locker-room guy with loads of experience getting the job done. It would be unrealistic to expect him (or any back of any age, for that matter) to replicate Derrick Henry’s otherworldly impact on the Titans’ offense. But Peterson has led the team in carries (18) in the two weeks since Henry’s foot injury necessitated Peterson’s addition, and he’s the only Titans back to have scored on the ground in that span. And while his yards-over-expectation-per-carry mark sits in the negative range (-1.07, per Next Gen Stats), it’s better than what Jeremy McNichols (-1.19) and D’Onta Foreman (-1.94) have managed. Given time to shake off the rust, Peterson should be able to at least help keep the rushing component of Tennessee’s attack afloat in Henry’s absence as the Titans jostle for playoff positioning in the AFC.

Typically, it’s not good for a team to rely on multiple late-season additions to provide an impact, but Carolina is one of two teams that figure to benefit from rostering more than one player on this list. Talented rookie corner Jaycee Horn went down with a broken foot in September, and shortly thereafter, the Panthers rolled the dice that the 31-year-old Gilmore, who missed the first seven weeks of the 2021 season, would rediscover the form that helped him capture the Defensive Player of the Year award with the Patriots in 2019. It’s early, but the initial returns are extremely positive. Gilmore has put up elite production since he was acquired via trade, logging two interceptions in three games, with a targeted EPA of -10.2 and passer rating allowed of 3.5, both the best marks on the team in that span, per NGS. It’s surely no coincidence that the Panthers’ defense, which is ranked No. 1 against the pass, recorded three of its four stingiest efforts in terms of passing yards allowed (131 to the Falcons in Week 8, 122 to the Patriots in Week 9 and 104 to the Cardinals in Week 10) in the three weeks that Gilmore has been on the field for them.

Unlike a certain offensive addition listed below, Miller qualifies as a luxury for the Rams, who were already leading the NFL in sacks when they acquired the eight-time Pro Bowler from the Broncos. And the 32-year-old Miller, who has been dealing this season with an ankle injury, didn’t make much of an impact in Week 10. But the upside is worth it, considering just how imposing Los Angeles’ already formidable defense would become if Miller were to hit his stride as the season heats up. One thing I especially liked about this deal: the Broncos are picking up most of the tab on Miller’s remaining contract, meaning the impact on the Rams’ cap is relatively limited (per Over The Cap, he will count for just $722,000 against the cap for the Rams in 2021). Draft picks are valuable, of course, but giving up a second- and third-rounder in 2022 will be well worth the cost if Miller is able to round into form and make the Rams into a truly terrifying defensive force.

The 31-year-old Ingram is a solid player in his own right, as illustrated by his vintage effort as the Saints’ lead back in Week 10. With Alvin Kamara missing the game against the Titans, Ingram broke triple digits in scrimmage yards (108) for the first time since Nov. 25, 2019, when he was playing for the Ravens. But his return to the team that drafted him 10 years ago (and for whom he remains the all-time leader in rushing yards and rushing TDs) is about more than his production alone. It’s about the effect he should have on Kamara, who blossomed into one of the NFL’s best running backs since Ingram last played for New Orleans in 2018. Ingram will help take some of the burden off Kamara’s shoulders as the 5-4 Saints attempt a playoff push despite having lost QB Jameis Winston to a season-ending knee injury early this month.

Unfortunately for the Rams, Beckham’s most visible moment in his Monday Night Football debut with the team came on a deep shot his way that resulted in an early interception. But that’s just one game. I know it’s been awhile since we’ve seen Beckham, who signed with the Rams last week, at the height of his powers, but I think the 29-year-old is still a skilled receiver. Beckham might not have ultimately been a good fit with Baker Mayfield and the Browns’ offense, but let’s give him and veteran QB Matthew Stafford some time to work on their rapport and rhythm. Beckham will have no shortage of chances to re-set the narrative as the Rams chase down optimal positioning in the NFC playoff battle.

Ertz’s appeal in Arizona might fly a bit below the radar, considering the tastes of both Kliff Kingsbury and Kyler Murray run toward the big splash plays. Ertz has logged zero deep receptions since joining the Cardinals, which is typical of what you’d expect for a tight end. Still, Ertz has contributed plenty to this offense since first suiting up in red in Week 7, accumulating the second-most receiving yards (181) on the team in that span. Ertz and Murray have appeared in just two games together, thanks to an ankle injury that has kept Murray out since Week 8. But Ertz, 31, figures to be a reliable replacement at worst for injured tight end Maxx Williams — and there is plenty of upside for a player who was regularly putting up 800-plus yard seasons as recently as 2019.

At this stage of his career, the 34-year-old Jackson is not an upgrade over Henry Ruggs III, who was released by the Raiders after being charged with a DUI resulting in the death of another person early this month. But given that Bryan Edwards is the only Raiders wideout aside from Ruggs who has been targeted deep more than five times this season, the team definitely needs someone else to serve as a downfield threat. Jackson should fit the bill and at least help keep defenses honest, even if he isn’t at the peak of his abilities. If he can throw in a big play or two (and hold on to the ball throughout all of them) as the Raiders scramble for a playoff spot, so much the better. 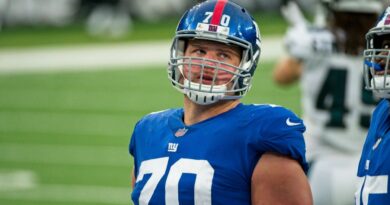